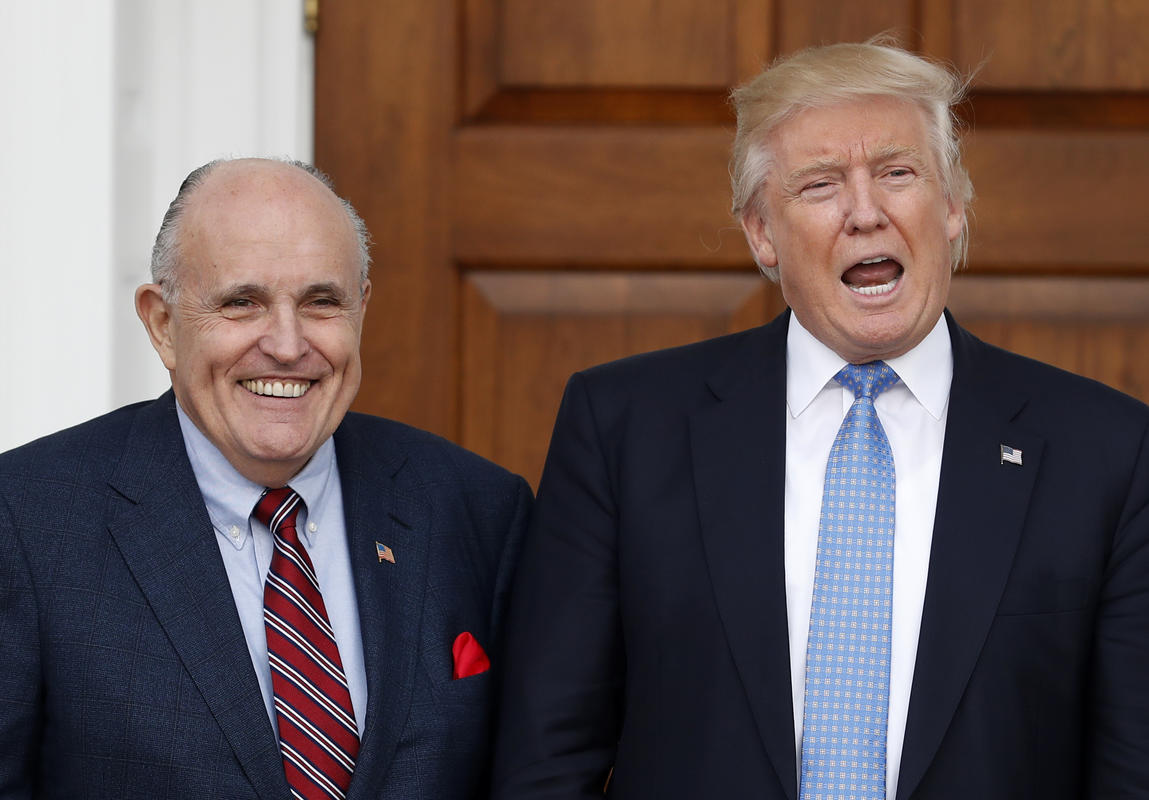 Rudy Giuliani resigned from his law firm after his partners got fed up with his bloviating defense of President Trump during a series of over-the-top media appearances, a new report indicated Thursday.

But the firm said Thursday that he had quit the day before, the New York Times reported.

“After recognizing that this work is all consuming and is lasting longer than initially anticipated, Rudy has determined it is best for him to resign,” said the law firm’s chairman, Richard Rosenbaum.

In a statement released by the firm, Giuliani said it “is in everyone’s best interest that I make it a permanent resignation” so that he could focus on the Russia probe.

Firm partners cringed after Giuliani’s comments about the payment that Trump fixer Michael Cohen made to Daniels to keep her quiet about a one-night stand she said she had with Trump in 2006, the paper reported.

Giuliani said that such payments were made all the time, including at his prestigious firm, one of the nation’s largest.

“That was money that was paid by his lawyer, the way I would do, out of his law firm funds,” he said on Fox News.

Later Thursday, the firm gave the paper a statement about those comments.

“We can’t speak for Mr. Giuliani with respect to what was intended by his remarks. Speaking for ourselves, we would not condone payments of the nature alleged to have been made or otherwise without the knowledge and direction of a client,” the statement said.

Cohen initially said that Trump didn’t know about the payment to Daniels — as did the president himself last month.

But Giuliani later blew that story out of the water when he said that Trump had reimbursed his fixer.

The bad blood between Giuliani and his colleagues goes back further than that, beginning in 2016 when he emerged as one of Trump’s loudest defenders during the campaign.