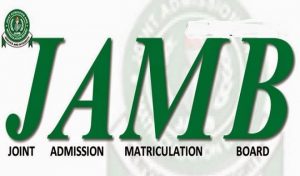 The Academic Staff Union of Universities, ASUU, has faulted the Federal Government on the minimum cut-off mark for 2017/2018 admission into the nation’s tertiary institutions. The academic union was reacting to the JAMB Registrar, Ishaq Oloyede’s  announcement pegging the minimum scores for admission into University and Polytechnic at 120 and 100 respectively. JAMB-CBT-Centre He had said: “30 per cent of those in higher institutions do not take JAMB or have less than the cut-off marks. The admission process is now automated with direct involvement of the registrar of JAMB for final approval. We have agreed to regularize admissions that were done under the table this year. From next year we will not accept anything like that.” But, speaking with newsmen in Ibadan, Chairman ASUU, University of Ibadan, Dr Deji Omole described the new cut-off marks as a sad policy decision for the future of Nigeria. According to Omole, rather than sanctioning the identified universities who admitted over 17,000 students illegally, the JAMB registrar simply regularised illegality and lowered cut-off marks to favour the interests of the friends of government who own private universities and are hell bent on destroying public education. While calling for the scrapping of JAMB, Omole said students should apply directly to universities of their choice for admission. The ASUU boss said; “Where are those that JAMB registrar said entered universities illegally? which universities admitted them? If 30 percent did not take JAMB and found their way into the university system is that not corruption and a message that JAMB is not significant any more? What sanction did those who did the illegal thing receive other than regularization of illegality. We are watching because long before now we have said that JAMB has outlived its usefulness. Let the universities set their unique standards and those who are qualified can come in. “Even in those days 40 percent was graded as fail. But now JAMB said with F9, which is scoring 30 percent, you can be admitted. They deliberately want to destroy education. Even for polytechnic 100 marks is 25 percent. It is sad. And that is where we are in Nigeria. They want to destroy public education at all cost. This is not setting standard for education in Nigeria. It is purely lowering standards and digging the grave for the future. This is why ASUU is currently on the struggle to influence the government to do the needful for education in Nigeria,” he said.