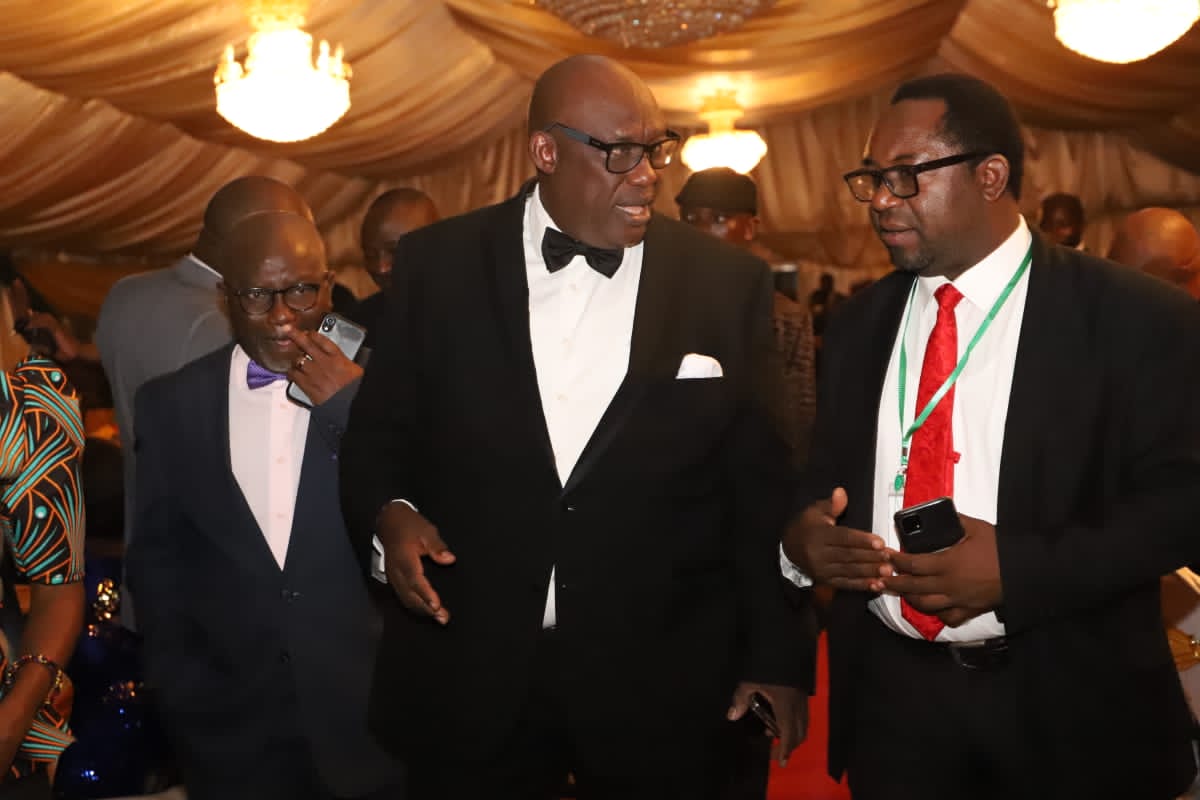 On Saturday, June 4, 2022 the NBA Makurdi Branch of the held its 2022 Annual Law Week Dinner at Benue Hotel & Resorts, Makurdi. The Branch invited Chief Joe-Kyari Gadzama, SAN to deliver a dinner talk with the theme, “Democracy, Electoral Process & Paradigm of Change in Nigeria”.

The ceremony commenced with the opening remarks of the Chairman, NBA Makurdi Branch, Justin Gbagir, Esq. who welcomed all the attendees and specially recognized the Honourable Justices in persons of Hon. Justice T.A Igoche and Hon. Justice T.M Shiya and the Learned Silk Joe-Kyari Gadzama, SAN amongst many other dignitaries.

Thereafter, the Master of Ceremony invited Chief Joe-Kyari Gadzama, SAN to deliver his dinner talk. In delivering his speech recounted his experience in Singapore where he inquired from the then Prime Minister -Mr Lee Kuan Yew- the secret to their success story. According to the Learned Silk, the secret of Singapore’s development was the Rule of Law. The Learned Silk emphasized the importance of the theme explaining that the concept of democracy underpins for main factors amongst many others. He said, “there are five Principal Pilars of democracy: rule of law, Unbiased judicial process, credible electoral process, popular consultation/will of the people & doctrine of separation of powers. The Learned Silk also stated that healthy competition for political parties, participation by the populace & credible voting are the visible requirements for a sustainable electoral process.

Furthermore, the Learned Silk emphasized the importance of the judiciary and role of lawyers in ensuring an independent judiciary and the rule of law. He stated that the judiciary as an arm of government exclusively reserved for legal practitioners, had the ability to initiate the paradigm shift that would change the course of democracy in Nigeria. “The rule of law is the oxygen of democracy, and it lies on us, me and you, to work together to attain the democracy that we desire as lawyers, members of the NBA and Nigerians”, he said.

The ceremony closed with an aura of fervent elation after which attendees went to the after-party organized in honour of Chief Joe-Kyari Gadzama, SAN.