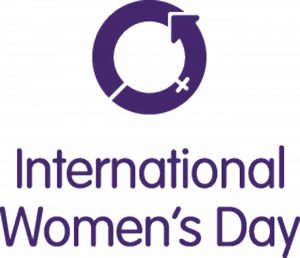 International Women’s Day is a time to reflect on progress made, to call for change and to celebrate acts of courage and determination by ordinary women who have played an extraordinary role in the history of their countries and communities.

The earliest Women’s Day observance was held on February 28, 1909, in New York and organized by the Socialist Party of America.On March 8, 1917, in the capital of the Russian Empire, Petrograd, a demonstration of women textile workers began, covering the whole city. This was the beginning of the Russian Revolution.Seven days later, the Emperor of Russia Nicholas II abdicated and the provisional Government granted women the right to vote.March 8 was declared a national holiday in Soviet Russia in 1917. The day was predominantly celebrated by the socialist movement and communist countries until it was adopted in 1975 by the United Nations.

The 2017 celebration has the Theme Be Bold for Change.

The idea of this theme is to consider how to accelerate the 2030 Agenda, building momentum for the effective implementation of the new sustainable development goals, especially goal number 5: Achieve gender equality and empower all women and girls; and number 4: Ensure inclusive and quality education for all and promote lifelong learning. The theme will also focus on new commitments under UN Women’s step it up initiative and other existing commitments on gender equality, women’s empowerment and women’s human rights.

Courtroom mail on this 2017 has selected six female Lawyers from Africa who have taken bold steps for change breaking the glass ceiling and putting themselves in front.This list cuts across the likes of Linda Kasonde who became the first Female president of Law Society in Zambia to Theodora Kio Lawson of Nigeria who has held fort in the Law pages of an Influential Business Magazine in Nigeria.The list is below in no particular order.

4. Theodora Kio Lawson is an in house counsel and Law editor at the Business day Newspaper,Nigeria’s most influential business newspaper. Being an editor in such a top media organisation is not usually the forte of women.Theodora,has  over the years proved that women can be in front in any aspect of human endeavour.

She has played a prominent role in the growth of the Nigerian Bar Association section on Business Law. NBA-SBL.Her diligence is revealed in the quality of her reports.She is also a member of Lawyers in the media. Courtroom mail on this 2017 International Women day,recognises her as a woman in front for her accomplishments in Business Day.

5. Maria Mbeneka is the Vice- President of the East African Law Society and a director at Ghetto Radio.She is also an Advocate of the High Court of Kenya. She has  been a member and vice-chair of the Industrial Property Tribunal,Kenya, the court of first instance in matters related to intellectual property, specifically patents, utility models and industrial designs. Courtroom mail on the 2017 International Women day, recognises her as a WOMAN IN FRONT.

6. Akuchi Chigo Oriaku- In the UK,a popular dating site was founded a few years ago.It was no ordinary dating site but one that has championed family values across the internet. Akuchi Chigo Oriaku the founder of the site is a Lawyer who has also been recognised by other reputable organisations for her work.Through her dating site Mutualhearts.com,she has maintained an unusual standard which has focused on values among couples.Courtroom mail recognises her as a WOMAN IN FRONT for her campaign to maintain modesty and promote genuine relationships.