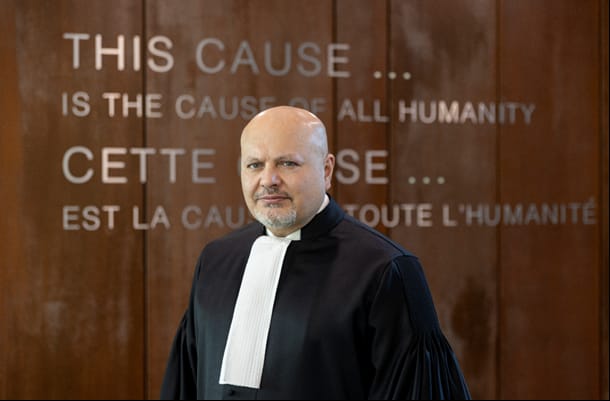 The International Crimninal Court Prosecutor, Karim A.A. Khan QC, has released a statement on the situation in Ukraine saying “I have been closely following recent developments in and around Ukraine with increasing concern.”

His statement obtained by Courtroom Mail is as follows “While on mission in Bangladesh, I have been closely following recent developments in and around Ukraine with increasing concern.

I remind all sides conducting hostilities on the territory of Ukraine that pursuant to the declaration lodged on 8 September 2015, accepting jurisdiction of the International Criminal Court (“ICC” or the “Court”), my Office may exercise its jurisdiction over and investigate any act of genocide, crime against humanity or war crime committed within the territory of Ukraine since 20 February 2014 onwards.

Any person who commits such crimes, including by ordering, inciting, or contributing in another manner to the commission of these crimes, may be liable to prosecution before the Court, with full respect for the principle of complementarity. It is imperative that all parties to the conflict respect their obligations under international humanitarian law.

My Office has also received multiple queries on the amendments to the Rome Statute with respect to the crime of aggression, which came into force in 2018, and the application of those amendments to the present situation. Given that neither Ukraine nor the Russian Federation are State Parties to the Rome Statute, the Court cannot exercise jurisdiction over this alleged crime in this situation.

My Office will continue to closely monitor the Situation in Ukraine. In the independent and impartial exercise of its mandate, the Office remains fully committed to the prevention of atrocity crimes and to ensuring that anyone responsible for such crimes is held accountable.

Following my return to The Hague, I intend to issue a more detailed statement regarding the Situation in Ukraine, providing clarity on my assessment and the next steps I envisage in relation to this file.”