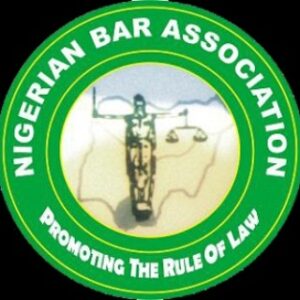 In the past 10years, the 2017 election will be the second time tribe will not play a part in the election of the Nigeria Bar Association Lagos branch (NBA) Lagos. The 2011 was the first in that time frame.

Unfortunately, that election of 2011 can be said to be the most rancorous election in a 10 year history of the branch while the 2013 election divided the branch the most with two emergency meetings held to resolve disputes. The scar of that election still lingers amidst the banters and jokes that characterise the NBA meetings.

In the election of 2007, the tribe factor was subdued when all tribal interests supported Bola  Baderinwa against Emeka Nwosu. That was a remarkable time in the history of the branch under review.

The 2011 election holds the record of the biggest margin win when Taiwo Taiwo got 70% 702 votes against Toyin Bashorun’s 29.5% votes of 295 votes. (The 2007 election is not considered for lack of statistics).

Chijioke Okoli is the only one who has won an election as the Chairman without previously serving in the executive committee.

Alex Muoka will be the first in the period to rise from the position of a secretary to Chairman. Taiwo o. Taiwo and Martin Ogunleye lost elections and rose to the chairmanship in their second attempt. Taiwo o. Taiwo won by an unprecedented majority subsequently.

There are concerns that the number may be lower since the Ministry of Justice factor will be out of the equation for the first time in ten years. This may actually bring the number of members that will cast their votes down to about 1,300 members.

Other factors that will affect election turnout is

For a candidate to win in the next election, that candidate must at least gain a total of seven hundred and forty nine votes. This number would have been lower if the branch had opted to use the 2015 bye laws in the conduct of the election.

There are three voting blocs in the NBA Lagos election.

The most influential sub groups under this are Surulere Lawyers Forum ,Lawyers in Western House and Catholic Lawyers. They both can contribute 5% each to the total number of votes.

Candidates who feel that they do not have the support of the big law firm reach out to this group to level up their support base. In the past 10 years, only Chijioke Okoli has successfully mobilized the two blocs.

In 2015, Alex Muoka successfully mobilized about 50% of the commercial law firms, 60% of the floating votes and about 20% of the votes outside practice.

Hanniibal Uwaifo mobilized about 15% of the commercial law firms and 70% of lawyers outside practice. However, when the branch decided that voters must have both the evidence of practicing fees and branch due to vote, the influence of the lawyers outside practice who do not usually pay practice fees at that time were knocked out. They will be relevant in the coming election because of the stamp and seal project that made many of them get involved.

Summarily, the commercial law firms when not mobilized fall into the floating votes like in 2011 when only about 25% of them stood for Toyin Bashorun. The pool of the floating votes increased because the commercial law firms did not really participate giving Taiwo O. Taiwo victory. The votes of the lawyers outside practice counted in his favor too. Taiwo’s Victory was the most predictable.Toyin Bahorun’s rightist views at the time may have contributed in costing her victory.

Anthony Atata has been documenting the NBA Lagos since 2009