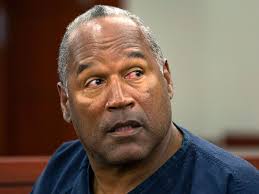 O.J. Simpson was granted parole Thursday — meaning he will be a free man as early as Oct. 1.
But what will Simpson’s life be like when he gets out of jail? Simpson still owes tens of millions of dollars in the wake of a 1997 civil lawsuit, in which he was found liable for the wrongful deaths of his ex-wife Nicole Brown and Ronald Goldman, and ordered to pay $33.5 million in damages to the survivors’ families.
Even so, Simpson will probably be quite comfortable financially when he is released from jail, thanks to pensions that may pay out more than $25,000 per month — funds that aren’t subject to seizure by creditors.
The 70-year-old former football star, who was tried and acquitted in 1995 for the murder of Brown and Goldman, is currently incarcerated because he was found guilty in 2008 of armed robbery, kidnapping and other charges in Las Vegas. He was sentenced to 33 years in prison, with a nine-year minimum. He has already served more than eight years.
It is unclear what Simpson’s net worth is right now — with some outlets like GoBankingRates.com saying he has roughly $250,000 in the bank while others have much higher estimates including CelebrityNetWorth.com, which reported that he’s worth $3 million.
Either way, it’s a steep drop from Simpson’s heyday. In 1992, when Simpson was in divorce proceedings with Brown, his net worth was an estimated $10.8 million, the equivalent of $18 million in today’s dollars.
But regardless of how much he is worth at the moment, Simpson will reportedly receive significant income monthly once he is released thanks to his pensions.
Tom Scotto, a friend of Simpson’s, told USA Today that Simpson has invested $5 million in a private pension. Sports Illustrated reported in February that Simpson’s pension from the NFL could pay him as much as $25,000 per month. That adds up to $300,000 annually. “There is another pension as well that he gets from the Screen Actors Guild,” Carl Douglas, one of Simpson’s attorneys in the historic 1995 double-murder trial, told CBS News this week.
Legal analysts say that none of Simpson’s pension income can be taken away to pay off the civil ruling against him. “Pensions are bullet proof,” David Cook, an attorney who represents Ron Goldman’s father Fred, told Fox News. “Absent divine intervention, they are nearly impossible to topple. This is frustrating.”
In the late 1990s, Simpson also moved to Florida, where “under the state’s homestead exemption, forced sale of residences can be blocked,” Sports Illustrated explained. In other words, he could own a home and not be forced to sell it to pay damages resulting from the civil suit.Scotto expects his friend Simpson will move back to Florida and buy a home, if his parole allows it. “He’ll be OK,” Scotto said to USA Today. “He’s not going to be poor. He’ll survive.”
Time.com