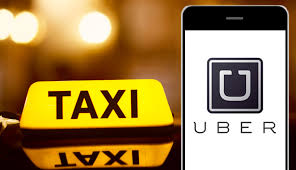 One of the first things Jesse Bright did after being pulled over by police on a recent Sunday afternoon was turn on his phone and begin filming.

Bright was driving for Uber to make some extra cash, but he works full-time as criminal defense attorney in North Carolina. As a lawyer, he said, he believes strongly that when people record their interactions with police, it helps reduce confusion if their cases end up in court.

As he aimed his phone in the direction of officers and recorded, Bright was surprised to hear Wilmington police Sgt. Kenneth Becker tell him that there was a new state law that prohibited him from recording police.

Bright told The Washington Post that he knew better — no such law exists in North Carolina.

“Don’t record me,” the police sergeant said. “You got me?”

“Look,” Bright said, “you’re a police officer on duty. I can record you.”

“Be careful because there is a new law,” Becker said. “Turn it off or I’ll take you to jail.”

“For recording you?” the video shows Bright asking Becker. “What is the law?”

A tense exchange followed, with Becker telling Bright to step out of his car, calling him “a jerk,” then warning him that he “better hope” officers didn’t find something in his vehicle.

Bright continued to record, saying, “I know my rights.”

“I hope so,” said Becker, the police sergeant. “I know what the law is.”

“And an Uber driver?” Becker asked.

Bright told The Post that he is working for Uber to help pay off his law-school loans. He said he had been hired to take his passenger on a round trip from the man’s home to a location several miles away where, the man said, he was picking up a paycheck on the final Sunday in February.

After the passenger returned to the car holding a piece of paper, Bright said he was pulled over moments later.

Officers searched the passenger and told Bright that he’d brought the man to a drug house that was under surveillance.

“They said I should have known it was a drug house, and I tried to tell them I was an Uber driver,” Bright said. “They thought it was some sort of cover.”

Wilmington Police Chief Ralph Evangelous said in a statement this week that his department has “launched an internal investigation” into the Feb. 26 incident.

“Taking photographs and videos of people that are in plain sight including the police is your legal right,” the statement said. “As a matter of fact we invite citizens to do so when they believe it is necessary. We believe that public videos help to protect the police as well as our citizens and provide critical information during police and citizen interaction.”

The chief added that “a copy of this statement will be disseminated to every officer within the Wilmington Police Department.”

Bright said officers eventually searched him and his car but didn’t find anything. He said both he and his passenger were told they were free to go and neither man was charged.

In a statement sent to The Washington Post, Uber said: “We encourage all riders and drivers to follow the law.”

Bright said he never had any doubt that Becker was lying to him about the do-not-film law.

“If a police officer gives you a lawful command and that command is disobeyed, they’ll arrest you,” Bright said. “The fact that I wasn’t arrested and he didn’t even try to arrest me is proof that he was being dishonest.”

He said Becker’s command to stop recording and the searches — to which he didn’t consent — were a violation of his constitutional rights. He noted that suppressing video is in an officer’s best interest because it allows police to dictate the narrative later if a case arises.

“I was mainly surprised because one of the officers who was there has had a trial in court with me and so he recognized me,” he said. “I’d think that once they’d recognized that I was a trial lawyer they would’ve changed their tone and stopped violating my rights.”

During his interactions with Becker, Bright also asked a New Hanover County sheriff’s deputy at the scene to tell him whether a new law had, in fact, been passed that would prohibit him from recording police.

“I’ve never heard of this law that you’re not allowed to record the police anymore — it must be brand new,” Bright said.

“Well, they just recently passed it,” the deputy responded.

New Hanover County Sheriff Ed McMahon told ABC affiliate WWAY that after reviewing the video, it was clear that his deputy was incorrect and has been counseled.

The sheriff’s department said in a statement that “not only does the Sheriff agree that it is legal to record encounters, he invites citizens to do so.”

Bright said he didn’t initially want to share his story to the media, but when Becker refused to return his phone calls and the department never apologized, he decided to go public.

He said he doesn’t want the officers involved to be punished, but he does hope to let people know that the public has the right to film police.

His story, he said, should serve as a warning.

“I think the video shows that the police are willing to lie in order to coerce people into doing what they want them to do,” he said. “You just have to know your rights.”