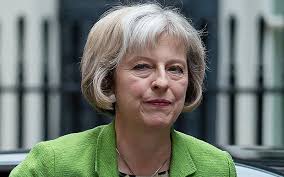 The High Court is set to rule on whether Theresa May has the right to bypass Parliament when she triggers Britain’s exit from the European Union.

Three judges will decide a historic case which will either allow that exit to start by the end of March – or could hand MPs and peers the opportunity to challenge, or even delay, the process.

Legal experts believe the case – to determine whether the Prime Minister can use the Royal Prerogative to invoke Article 50, without the involvement of Parliament – is “finely balanced”, after weeks of argument.

When it began, the Government was expected to win, but the three High Court judges have appeared far more sceptical about its case than many had expected.

If it loses, Parliament will be given the muscle to influence the Government’s negotiating position, to demand regular checks on its progress – or even to choose when Article 50 is triggered.

Such a ruling will send tremors through Downing Street, which is facing growing criticism that it has no strategy to deliver Ms May’s promise to “make a success of Brexit”.

Already, in recent weeks, MPs have become far more outspoken in demanding a say over what appears to be her determination to pursue a so-called ‘hard Brexit’.

It seems likely that – whoever wins – an appeal will go to the Supreme Court, to be heard by a full panel of Britain’s top judges, or even to the European Court of Justice.

But, at that point, the Government might be forced to change its argument in order to retain control of Article 50, perhaps by agreeing the exit process can be halted, if necessary.

That would represent a huge setback for the Prime Minister who has staked her authority on her insistence that “it is up to the Government to trigger Article 50 – and the Government alone”.

At the Conservative conference last month, she tore into anyone arguing for Parliament to influence the process, claiming they “are not standing up for democracy, they’re trying to subvert it”.

“They’re not trying to get Brexit right, they’re trying to kill it by delaying it. They are insulting the intelligence of the British people,” Ms May said.

“That is why, next week, I can tell you that the Attorney General himself, Jeremy Wright, will act for the Government and resist them in the courts.”

The challenge was brought by Gina Miller, a London businesswoman, arguing the inevitable consequence of invoking Article 50 was the loss of statutory rights enjoyed by UK and EU citizens.

They included the right to refer a legal case to the European Court of Justice, of freedom of movement and to sell services – rights which should only be taken away by Parliament.

But the Attorney General argued the court challenge was an attempt to “invalidate” the public’s decision, in the June referendum, to leave the EU.

To add to the tension, none of the lawyers have been given advance drafts of the judgment – as they usually are to check for mistakes and to prepare their submissions.

One expert said that suggested concerns about leaks, or that that the judgment was still being refined, ahead of the 10am announcement