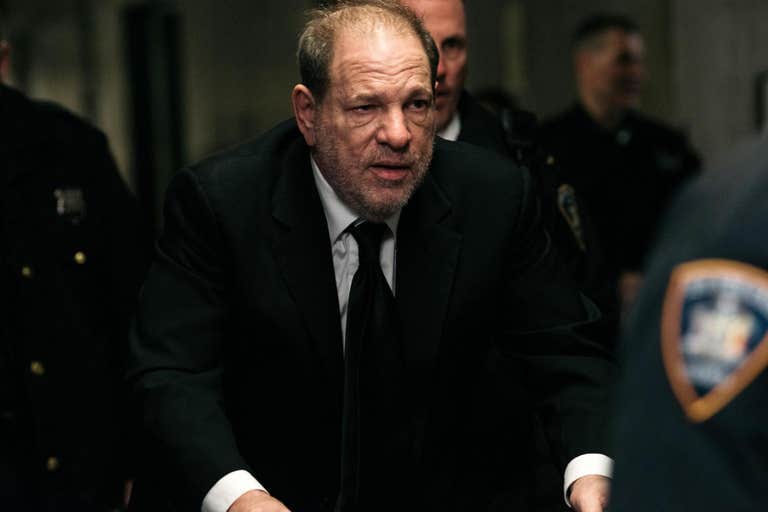 Harvey Weinstein‘s lawyers have asked for his trial to be moved out of New York City once more, claiming the case has turned into a “media and entertainment circus”.

The former movie mogul’s defence team went to court on Thursday with a last-minute demand to halt jury selection and relocate the proceedings. A previous venue change request was denied in October.
They allege that intense media coverage, protestors and even the consideration of supermodel Gigi Hadid as a juror have turned the case into a “circus”, publicity-wise.
Weinstein’s lawyers made their case hours after Hadid was dismissed from the jury pool and as jurors were starting to be picked for the case.

By lunchtime Thursday, five jurors had been selected — three men and two women — from about 145 potential jurors who were invited back for additional questioning.
“The deluge of publicity adverse to Mr Weinstein has engulfed the potential jury pool resulting in untoward pressure upon jurors to convict a man demonised and prejudged guilty,” Weinstein’s lawyer Arthur Aidala wrote in court papers that spurred Thursday’s trip to the appellate court.
Prosecutors oppose moving the trial, pointing to the plethora of potential jurors still in the running after pledging they could be fair and impartial as evidence that the process is working. Moving to a smaller community with a smaller jury pool would only make it more difficult to find jurors, they added.

The appellate court did not immediately rule. The matter will go to a panel of judges with the aim of having a decision before opening statements, which could happen as early as next week.
Justice David Friedman, who heard Thursday’s arguments, declined a request from Weinstein’s lawyers to halt the trial until the panel rules.

Weinstein, 67, is charged with raping a woman in a Manhattan hotel room in 2013 and performing a forcible sex act on another in 2006. He has pleaded not guilty and denied any allegations of non-consensual sex.

If convicted on the most serious charges against him, Weinstein could face life in prison.