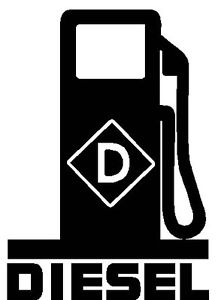 One of Germany’s top courts has ruled that heavily polluting vehicles can be banned from the urban centres of Stuttgart and Düsseldorf, a landmark ruling that could dramatically hit the value of diesel cars.

Environmental campaigners had sued dozens of German cities, arguing they have a duty to cut air pollution to protect people’s health.

Stuttgart and Düsseldorf, two of Germany’s most polluted cities, can now legally ban older, more polluting vehicles, but the ruling will have an impact on the whole country, paving the way for other cities to introduce bans.

About 70 German cities including Munich and Cologne recorded average nitrogen dioxide levels above EU thresholds in 2017, according to the federal environment agency (UBA).

The car industry has yet to respond to the ruling, details of which have yet to be released by the federal administrative court in Leipzig.

The industry has been vocal about its opposition to a ban, as has the German government, fearing it would hugely disrupt the lives of diesel car owners, who will not only find themselves unable to drive their cars but also in possession of vehicles that will plummet in value.

Instead ministers led by the chancellor, Angela Merkel, have offered a €1bn (£880m) fund, partly paid for by the industry, to improve public transport and upgrade fleets to electric buses.

Meanwhile, carmakers such as Volkswagen, BMW and Daimler have struck a cooperative tone after VW’s “dieselgate” scandal, in which it manipulated the systems on 11m vehicles worldwide to fool regulators’ emissions tests.

The companies have so far only offered updates to engine control software to reduce emissions, but the decision in favour of diesel bans could up the pressure on them to provide hardware fixes to heavily polluting cars.

A refit to the more than 9m cars built before September 2015, when the latest Euro 6 emissions standards came into force, would cost at least €7.6bn, a study by Evercore bank found last week.

Car companies have already seen the market share for diesel vehicles in Germany fall from 48% in 2015 to about 39% last year.