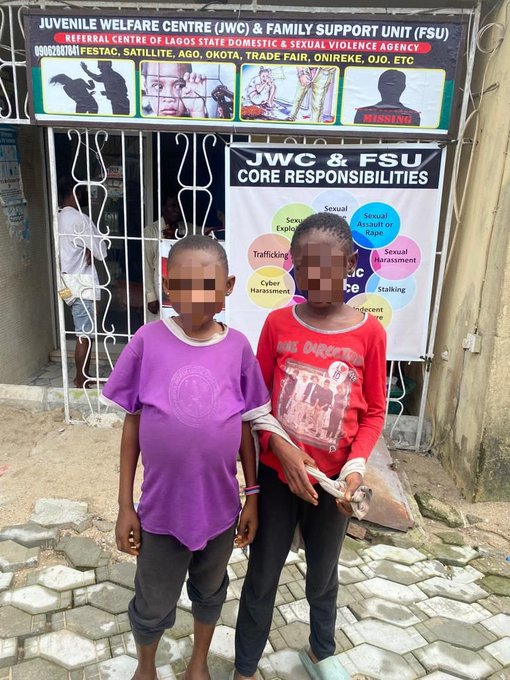 Four men have been arrested in the Kirikiri area of Lagos State for allegedly injecting substances with the sole aim of turning them into beggars.

Upon injection, the children’s stomachs will swell outrageously, a situation that will make the suspects parade them in road traffic as critically sick.

Police Public Relations Officer in the state, Benjamin Hundeyin, confirmed the arrest through his Twitter handle.
“These men get minors from villages, get a medical doctor to allegedly inject them with substances that make their stomach swell outrageously, and parade them in road traffic as critically sick, to get alms from motorists. An investigation is ongoing,” he said, accompanying a picture of the suspects.

The suspects, ranging from 18 to 24 years, are detained in the Festac police station.

According to the police spokesman, the suspects are Uchenna Eze (who is the manager), Onyedikachukwu Isiala, Ikechukwu Kingsley, and Smart Alasuomu.

It was gathered that a medical doctor provided injections that were given to the children to make their stomachs swell.

While noting that the investigation into the matter is ongoing, the police spokesman urged Nigerians to be careful about who they handed over their children.

A few months ago, the Lagos State Government said it had set up a team to curb street begging and hawking in the state.

The Lagos Commissioner for Youth and Social Development, Olusegun Dawodu, in August 2023, said the special team was set up with the support of the Lagos police command.