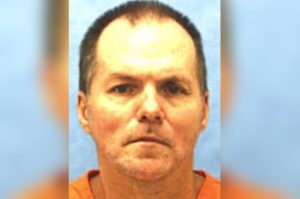 For the first time in Florida’s modern history, a white person will be executed for killing a black victim.

Mark James Asay, 53, is scheduled to die by lethal injection in Florida State Prison on Thursday night for the racially motivated killing of Robert Lee Booker, who was black, and Robert “Renee” McDowell, who was Hispanic, in Jacksonville 30 years ago.

In the 41 years since Florida reinstated the death penalty, at least 18 black men have been executed for killing white victims, and critics say Asay’s exception just highlights the racial disparities on death row

“It does make the case [against the death penalty] even stronger that there’s this disparity gap that exists between black and white — who gets the death penalty and who gets exonerated,” Adora Obi Nweze, president of the Florida NAACP, told the Miami Herald.

The execution also marks another grim milestone: Asay will be the first person put to death with a drug called etomidate, leading some critics to accuse the state of using him as a “guinea pig.”

“There are outstanding questions about whether it’s going to do what it needs to do during an execution. The state hasn’t provided any information about why it has selected this drug,” Jen Moreno, a lethal injection expert at the University of California, Berkeley Law School’s death penalty clinic, told the Associated Press.

Asay will first be injected with etomidate, an anesthetic, then bromide, a paralytic, and lastly potassium acetate, which stops the heart.

The former white supremacist prison gang member — who once sported a swastika tattoo — was sentenced in 1988 for the murders of Booker and McDowell, whom Asay said he found dressed in women’s clothes after agreeing to pay for sex.

Prosecutors said Asay killed the men because of their race and described McDowell as black during the trial — although he was actually Hispanic and white.

In a jailhouse interview this week, Asay admitted to killing McDowell but claimed he never shot Booker and that racism had nothing to do with his actions.

He said he got the Nazi ink as a requirement for joining the gang while serving time in Texas in his late teens, and that he has since covered them up or burned them off, according to News 4 Jax.

But witnesses at his trial told another story, testifying that Asay shot Booker unprovoked and, when asked why, he responded: “Because you show a n—– who is boss.”

They also testified that Asay was searching for prostitutes when he found McDowell and shot him six times.

Asay said he did not intend to kill McDowell, whom he described as a friend, and that he’d committed the murder in a drunken “meltdown.”