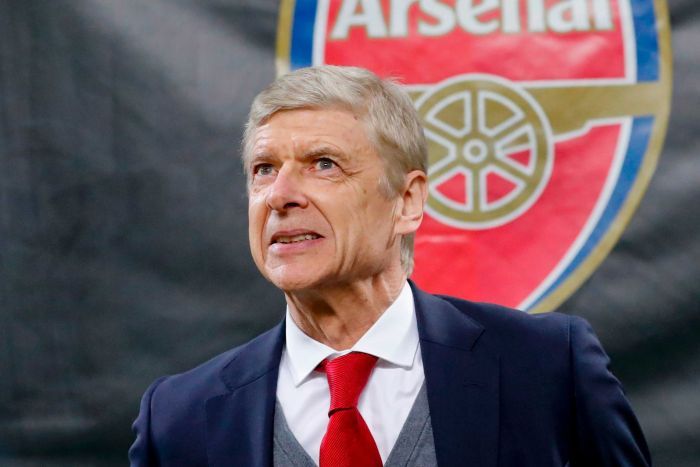 1) Introducing the conditioning we take for granted

That adding broccoli to the menu at Arsenal should have seemed like a revolution perhaps said more about English football than it did about Arsène Wenger. Yet when the Frenchman introduced a diet low in fat and sugar to his players, it had literally never happened before.

Initially there was shock, as there was at pre‑match stretching sessions and massage, but soon the benefits were so obvious to the players that a group formerly notorious for their self‑destructive lifestyles embraced it wholeheartedly. A balanced approach to diet and exercise soon became not only the standard in the Premier League but commonplace in British society. Arsène Wenger > Jamie Oliver.

2) Leading the globalisation of an insular league

In 1996 there were two managers from outside the UK and Ireland in the Premier League: Wenger and Ruud Gullit. In 2018 the total stands at 12, including several who by common consent are the best coaches in the world. All the main contenders to replace Wenger at the Emirates are foreign too. On the pitch Wenger’s first team selection, away at Blackburn, included only one non-Briton, Patrick Vieira (Dennis Bergkamp was missing from the squad that day).

Since then the Frenchman has signed footballers from 26 different countries and in their Premier League fixture with Newcastle last Sunday the starting XI included only three Britons. Wenger has been at the forefront of a substantial change: from a game that was truly domestic to one that is fully globalised.

There are some who bemoan this shift but the benefits are less often celebrated. Diversity among players and coaches has not only increased standards and introduced greater variety in English football. It has become an example of a common culture in a globalised world.

3) Blazing a trail for flair, beauty and the art of football

That a coach such as Guardiola would ever have come to work in England without the groundwork that was laid by Wenger seems unlikely, and not just because of the pies and the pints. As the Arsenal chief executive, Ivan Gazidis, said: “Arsène set a totally new standard, to make art out of football.” While someone like Guardiola might point to such standards having previously existed elsewhere, such as at Barcelona and tracing back to the Ajax of Rinus Michels, in England footballing flair was thought to be diametrically at odds with the strength deemed necessary to win.

In Thierry Henry, Bergkamp and Robert Pires, in particular, Wenger showed the game in England that not only could the circle be squared but that beauty could sometimes be its own reward.

4) Developing players from top to bottom

From his very first Arsenal transfer Wenger established a reputation as a man with an eye for a bargain. Patrick Vieira, signed for £3.5m from Milan, ultimately became so valuable as to be priceless. A consistent presence in Wenger’s decade of success, he defined a position few others could play (it is arguable, 13 years after he left, that he has still not been replaced).

Wenger uncovered other bargains – from Freddie Ljungberg to Robin van Persie – before moving his attentions to developing players from an even younger age through the academy. The most notable of those successes remains Cesc Fàbregas, who became Arsenal’s youngest ever player, at the age of 16 years and 177 days. This past week Fàbregas described Wenger as “a father figure”, who helped him develop both as a player and a person. That precise phrase was also used by Jack Wilshere, Alexander Hleb and the 20-year-old Ainsley Maitland-Niles. Even George Weah, who played under Wenger at Monaco, has described his former manager in those terms. Wenger’s focus on development encompassed every aspect of the footballers in his charge. The loyalty and affection in which he is held by those players is testament to this.

5) Building so much more than a football team

An enthusiasm for turning players into the finished product was matched in Wenger by a disdain for the inequities of the transfer market. A trained economist, he saw little value in the majority of deals struck for players, transactions that were in his opinion unduly inflated by the involvement of agents, pumped up by broadcast revenue and the largesse of dilettante owners. From the very beginning of his time at Arsenal Wenger focused instead on long‑term value, and not only in the playing staff.

His first off-the-field endeavour was to redevelop Arsenal’s training facilities, creating a bespoke £12m facility in the Hertfordshire countryside at London Colney. This was followed by a far greater achievement, relocating Arsenal from the historic but cramped Highbury to the Emirates Stadium, a £390m project that increased the club’s capacity by 22,000 and doubled matchday revenues.

Arsenal recorded income of £419m last season, making them the sixth biggest club in the world. This is a legacy that Wenger leaves not just his successor as manager but the custodians of the club itself.