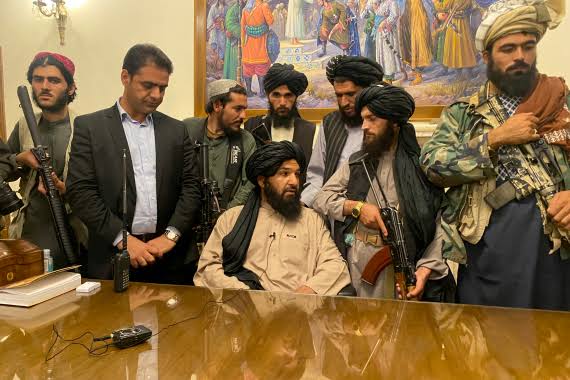 A global network of women judges fears that colleagues in Afghanistan could be in particular danger as the Taliban takes back control of the country.

In a statement issued on Friday, the International Association of Women Judges warned that Afghan women judges and their families would be in particular danger due to the nature of their work and past rulings they have made in the criminal, anti-corruption and family courts. The association said the danger was exacerbated by their gender and the likelihood that offenders sentenced by them will be released from prison.

The Taliban entered the capital yesterday as the government collapsed and President Ashraf Ghani fled abroad.

The association said 270 women serve as judges in Afghanistan and over 100 are members of the Afghan Women Judges Association, which is affiliated with the international association.

Some of the international association’s board members spoke to Afghan judges at a virtual meeting last month.

Justice Susan Glazebrook, president, said: ‘The women judges present at the meeting gave an urgent and critical message to their international colleagues. One by one they spoke about the dangerous and difficult conditions in which they live and work. Some judges have lost their lives in terrorist attacks and several of the judges present had received threats. The judges stated that they love their country and do not wish to leave. They just ask that they be allowed to continue their vital work in their country’s courts in safety and security. We have since had numerous follow up messages from our members outlining the deteriorating situation. Some have already been forced to flee their posts in the provinces with their families because it was too dangerous to remain.’

The association has urged governments to extend special measures for interpreters, journalists and other personnel who provided essential service to the foreign military forces in Afghanistan to the women judges and their families.

‘By serving as judges and helping develop the Afghan judicial branch, women judges have helped establish the rule of law in their country, an essential pillar of a democratic state. Allowing them to be at the mercy of the Taliban and insurgent groups, given what they have sacrificed, would be tragic indeed,’ Justice Glazebrook said.