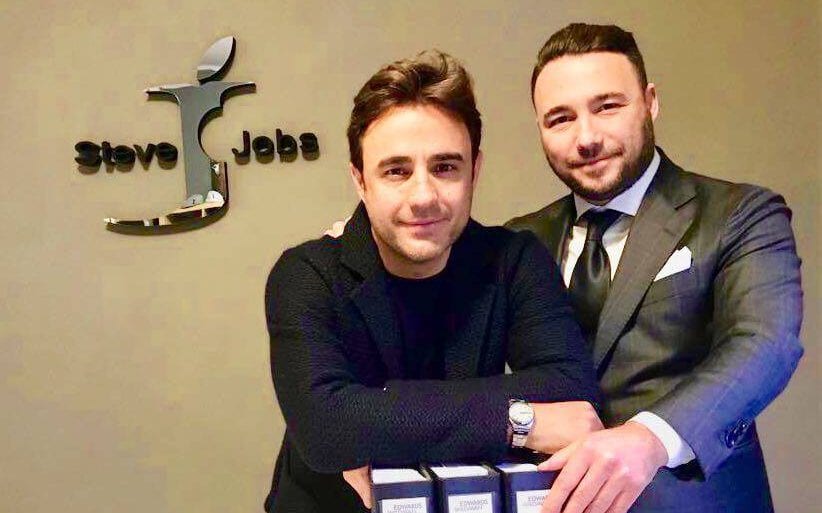 Vincenzo and Giacomo Barbato, two entrepreneurs from Naples, have been fighting the technology giant for years after registering the “Steve Jobs” trademark in 2012.

A protracted legal battle has ended in victory for the pair after their logo, a capital J with a bite taken out of it that bears a resemblance to Apple’s own logo, was deemed to not be a trademark breach by the EU’s Office for Harmonisation in the Internal Market.

The Barbatos say the decision was made in 2014 but that it can only now be revealed after they registered the Steve Jobs name around the world.

According to Italian reports, the pair were surprised that Apple had not trademarked the name of Apple’s founder, who died in 2011, and registered the name in Europe.

Apple had sought to challenge the company by claiming its logo infringed on its own trademark, but despite the “leaf” and the indentation on the Italian company’s logo, the fact that it was a letter rather than a fruit, meant it was not deemed to breach Apple’s.

“The letter J seems ‘bitten’ but it is not, since a letter, as judges have also decided, cannot be bitten,” the brothers told Business Insider Italia.

The company’s Facebook page shows it makes jeans, T-shirts and bags, and carries a series of quotes from Jobs himself such as “Don’t waste time living someone else’s life. Stay hungry. Stay foolish.”

However, they say they are likely to step onto Apple’s turf by making electronics, including potentially a Steve Jobs-branded Android smartphone. “We will still respect the name of Steve Jobs: we will not do anything low-level, you will never see the phones or TV shoddy with the brand Steve Jobs,” they said.

Apple has been through a series of trademark disputes in the past, notably against Apple Corps, the Beatles-owned holding company, which began in the 1970s and was not resolved until 2007.