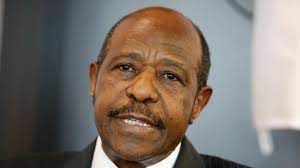 A copy of the lawsuit seen by AFP indicates that it was filed in a Washington DC court on February 22. It was served on the Rwandan government on March 8.

Rusesabagina’s family and lawyers will hold a press conference in Washington on Wednesday to announce further details of the suit, which is seeking at least $400 million (380 million euros) in compensation as well as punitive damages.

The lawsuit names the government of Rwanda, President Paul Kagame and other figures including the former justice minister and intelligence chief.

Rusesabagina, then a Kigali hotel manager, is credited with saving hundreds of lives during the 1994 genocide and his actions inspired the Hollywood film “Hotel Rwanda”.

The family statement said Rusesabagina, who has a US green card as well as Belgian citizenship, was tricked into travelling from his US home with the promise of work in Burundi.