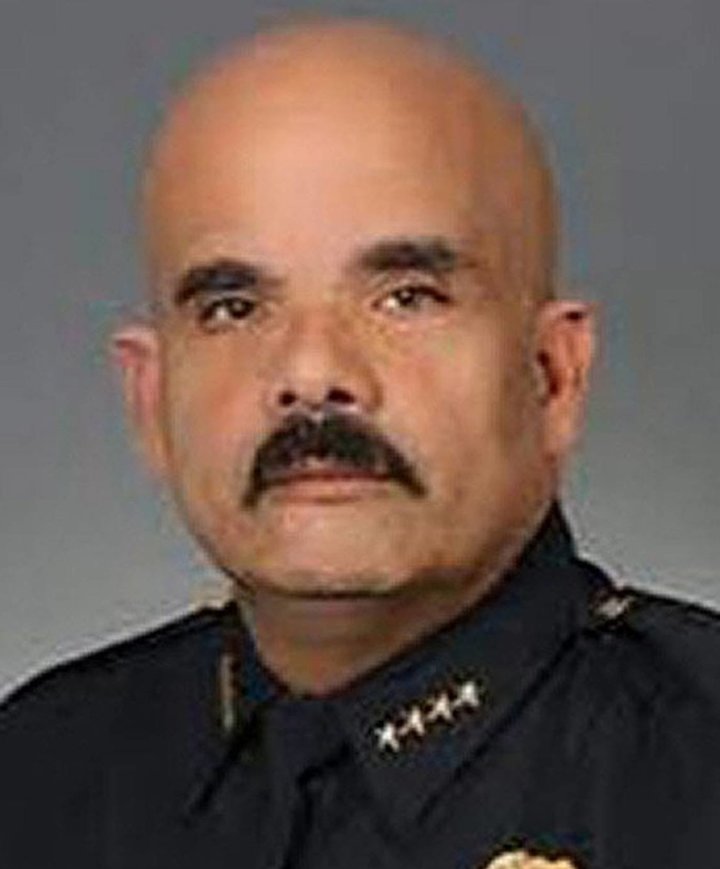 A former Florida police chief will serve three years in prison for a department conspiracy to frame black people for crimes they did not commit.

A federal judge in Miami handed out the sentence Tuesday against ex-Biscayne Park chief Raimundo Atesiano, 53, who pleaded guilty to ordering officers to falsely arrest black people for unsolved burglaries.

Three former officers have also pleaded guilty in the case, which centered around Atesiano’s efforts to improve the department’s crime-solving rate. The Miami-Dade County village has a population of 3,000.

The three arrests without legal basis encouraged by Atesiano created a 100-percent clearance rate for residential and vehicle burglaries.

“Putting an arrest statistic above the rights of an innocent man instead of working to protect all our citizens undermines the safety goals of every Miami-Dade police department,” State Attorney Katherine Fernandez Rundle said in a press release.  “Miami-Dade’s residents deserve honesty and integrity, qualities that Raimundo Atesiano deliberately failed to deliver.”

Atesiano faced a maximum 10-year sentence for conspiracy to deprive individuals of their civil rights. His lawyer said the victims were not randomly selected but were known to police as having criminal pasts.

Two ex-officers, Charlie Dayoub and Raul Fernandez, were each sentenced to a year in prison for falsely arresting a 16-year old juvenile for four burglaries.The third, Guillermo Ravelo, will serve 27 months for two separate incidents: falsely arresting one individual with two residential burglaries and another with five vehicle robberies, both without probable cause.

“When I took the job, I was not prepared,” Atesiano told a federal judge on Tuesday, the Miami Herald reported. “I made some very, very bad decisions.”