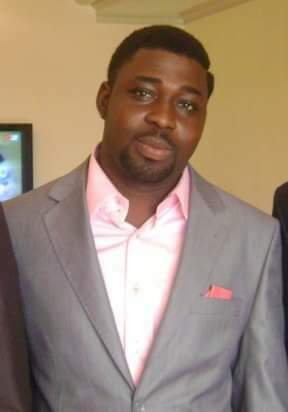 For decades after independence, European countries and America continued to control the governments of African countries from the sidelines. They had control of the governance structures – indirectly and directly choosing who becomes what and the policies with which they will operate; choosing government models for Africa e.g. democratic rule.

However, they preferred to invest in China and other Asian countries rather than Africa. The growth of Chinese and Asian economies in general cannot be discussed without factoring in the transfer of technology and huge economic investments of Europe and America in those countries.

1) What is the reason why UK and US companies prefer “communist” China as a destination for their companies to produce rather than Africa ? How for instance does AGOA promote raw materials exportation from Africa but doesn’t encourage American countries to set up, produce and export finished products from Africa?

2) They have offered “Cheap labour” as reason, but this makes no sense because labour is much cheaper in Africa. In China these companies are so seriously regulated and monitored that they can hardly breathe, yet they would rather set up in China. Facebook, WhatsApp and co, cannot operate in China. Some of these companies can only operate a limited form of service in China. Yet more companies from these countries keep moving to China to set up.

3) Would the reason be that the government in China supported the companies more than governments in Africa? It can’t be because African governments have always shown more preparedness to favour foreign companies, even if it was out of a colonial mentality. If it was about infrastructural deficit, would it not have made sense to make direct investments in infrastructure in Africa like China is doing, and recoup from the same investments while enabling their other industrial activities?

4) What for instance is the role of the Commonwealth which has never created wealth anywhere in Africa but entrenched poverty in Africa by supporting governments that served the sole interest of Britain against the interest of the African nations. How could you have a Commonwealth where two thirds of the countries remain poor?

5) The Chinese are in Africa building infrastructure – rails, roads, hospitals, industries etc. How much of these did Britain, Portugal, France (and the US) do in Africa after the years of colonialism and exploitation? Even if you say that China is doing these projects in its own interest, would it not have been in the enlightened interest of these other countries to have done so.

6) For decades and until last year, France controlled the reserves of Francophone countries, yet these countries have the worst economies, infrastructure and leadership

For years there was no university in Cape Verde. Portugal ferried its leaders to Portugal to gain university education, as they believed this would keep the leadership of the country perpetually loyal.

7) Europe and America need to change their approach to Africa. The exploitative approach where they control and determine the leadership of Africa without economic investments has to end. Any involvement and role in African leadership must now be limited to advisory role and be genuine in the interest of Africa