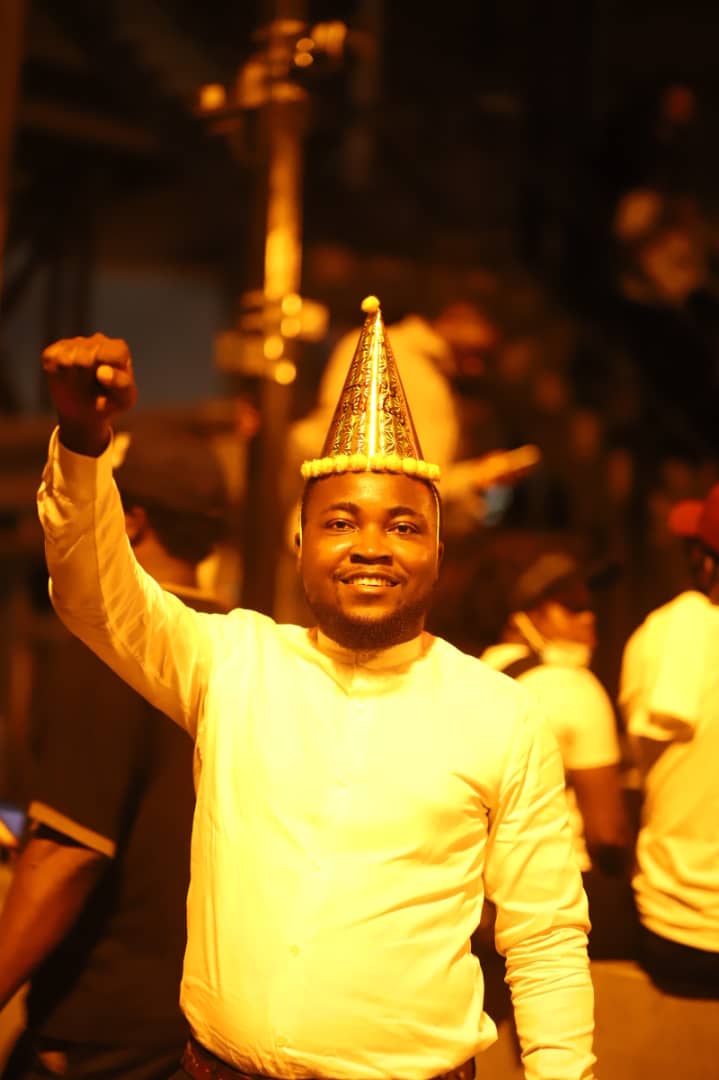 I am a common man. I do not hold political office neither do I own a company. I work in a shopping mall close to my house and earn NGN30,000 monthly. Yes, its a small amount but I am happy to at least have somewhere to go and some money to give my aunt in whose house I stay.

My elder brother was killed by police not too long ago. The killer said I could do nothing about it and he was right. All my complaints had no effect. I lick my wounds and move on.

Well, I am happy that my fellow young people got tired of talking and took action. I am proud. Of course, I join the protests.

I join the protest because i know that it is only in people’s mouth that the Court is the hope of the common man. The reality is that the Nigerian Courts provide no hope for me, the common man.

Well, as a common man when my rights are trampled on, I try to file a suit in court. I have to pay a lawyer fees and pay court fees as well. Even though I am a poor, I still have to pay something anyway.

Then I have to give the lawyer transport to go to Court and then bribe the registrars and Court clerks to do anything. Despite that, my matter will stay in Court for 4 (four) years after which, if I manage to get judgment, I will now have to pay money to try to enforce my judgment.

In another scenario, I am wrongly arrested by SARS as a Yahoo boy (just because I have a laptop) and charged to Court after 1 (one) year of illegal detention, for armed robbery. The Court takes 2 (two) weeks to rule on my bail application and eventually deny me bail even though there is little proof of my commission of any offence. I spend 4 (four) years in prison waiting for my case to be heard, with my family giving transport to the pro-bono lawyers.

In the end, on the basis of a statement that I was beaten to sign, I am convicted. Then maybe, on appeal, 3 (three) years after, I am found innocent. No compensation and no action against the erring officer.

That’s the situation I find myself in as a common man in Nigeria. I cannot go to Court. It is the failure of the Courts and all its stakeholders that made people like me take to the streets.

I know there is an association of lawyers. Its called the NBA, I think. I know it has a significant role in the justice delivery system. But I know that it pays a little more than lip service to delay in justice delivery and cost of justice.

The Courts arise and swiftly deal with political cases but are ever so happy to adjourn cases involving the common man because the prosecution witness is not available.

The Courts just are not built to serve me. No, the Courts are for politicians and the super rich.

Anyway, as a common man, my only choice is to take up a placard and protest. I am threatened by the politicians and thugs but I have no choice…I will die anyway. If not by law enforcement, then by a failing system. I might as well die fighting.

Now I am dead, shot by soldiers with the backing of the President of my country. The big bullet passed through my head from the left side through the right and out. It was a fast painless death.

If the courts were working, I would have taken a different path. Law enforcement will be scared to manhandle me because they know that if they do wrong, they will be punished. But wishes are not horses and I live in Nigeria.

Well…at least I didn’t die for nothing or did I?