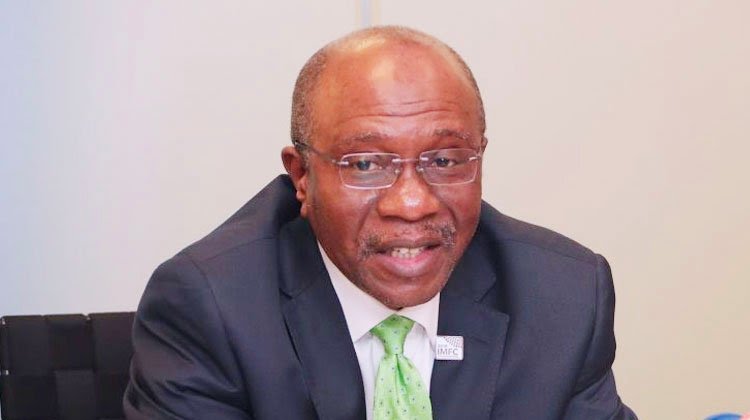 The Governor of the Central Bank of Nigeria, Godwin Emefiele, has withdrawn the suit he filed against the Independent National Electoral Commission and the Attorney-General of the Federation over his presidential ambition.

Emefiele, through his counsel, Sylvanus Maliki, told Justice Ahmed Mohammed that a notice of discontinuance had been filed and served on the defendants in the matter.

Maliki, who held the brief of Chief Mike Ozekhome, SAN, said though the matter was scheduled for a mention, they had Emefiele’s instruction to withdraw the suit.
He prayed the court to discontinue the suit and make an order striking it out, issues having not been joined by parties in the suits, citing Order 50 of the rules of this court.

Although counsel to the fourth defendant, John Aikpokpo-Martins, opposed Emefiele’s intention to withdraw the suit, he urged the court to dismiss the suit with N1.5 million cost.

In his ruling, Justice Mohammed held that Emefiele had the right to file the notice of withdrawal. He said the notice of discontinuance was valid and accordingly struck out.

On May 9, the CBN governor sued INEC, the AGF, and three others before the Federal High Court in Abuja, seeking the enforcement of his right to contest the 2023 presidential election without resigning from his current position.

Mr Emiefele told the court that he could contest the office of the President without vacating his position as the CBN governor, in line with the Constitution.

He informed the court that Section 84 ((12) of the Electoral Act as amended, 2022 does not affect him, being a public servant and not a political appointee.

In an ex parte motion filed due to the urgency of the matter, the CBN governor’s counsel, Ozekhome, said his client was in a dilemma if he could run and when he must leave his office.

He argued that the section of the Electoral Act had been voided by a Federal High Court in Umuahia and that the matter was on appeal at the time.