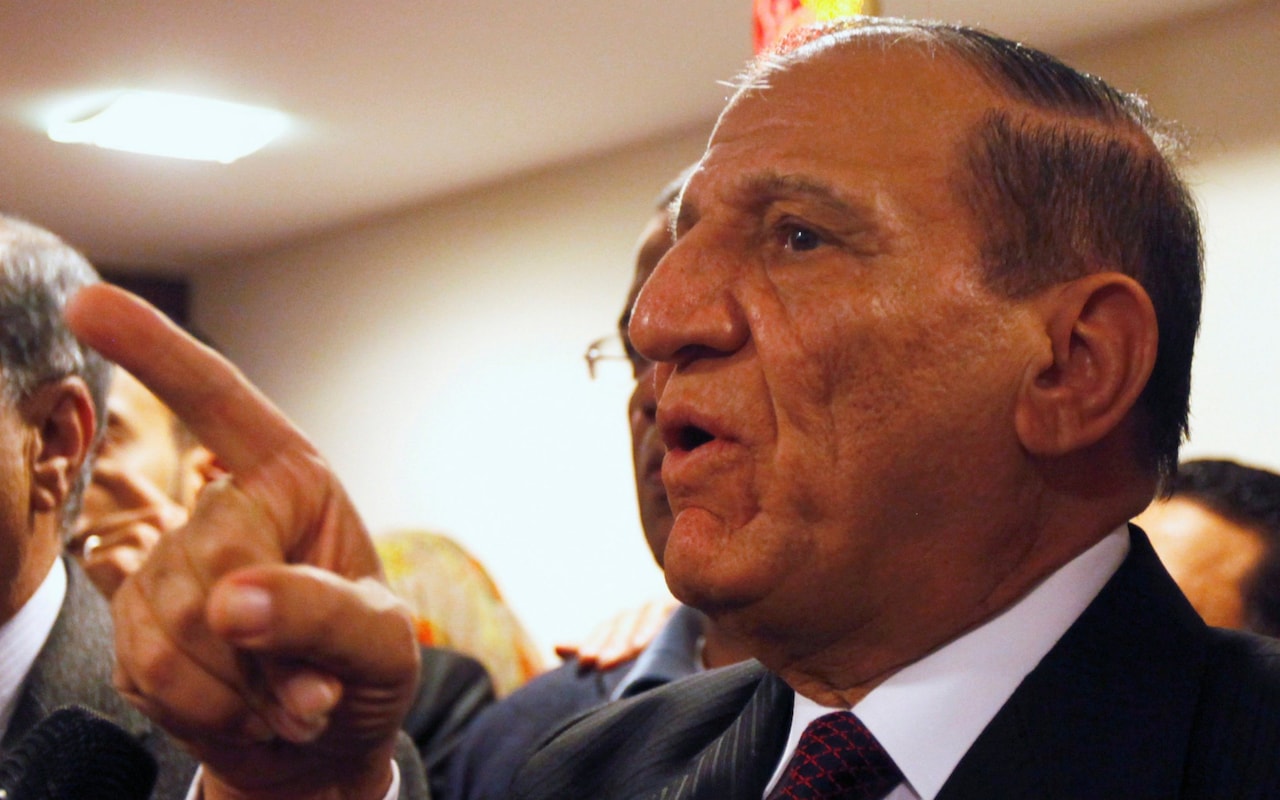 A former Egyptian army general who planned to run against President Abdel Fattah el-Sisi in this year’s elections has been arrested, the latest in what appears to be a coordinated state campaign to drive would-be challengers from the race.

Sami Anan, the former army chief of staff, announced this month he would stand against Mr Sisi in the March elections but on Tuesday morning he was arrested by armed men on a Cairo street, according to his aides.

“Mr Anan was arrested at around 11.30am and was pulled from his car in the street,” said Mahmoud Refaat, a campaign aide, told The Telegraph. There was no immediate confirmation from the Egyptian government.

Mr Anan is the fourth potential opponent of Mr Sisi to be detained or prosecuted after announcing their intentions to stand in the election. Other challengers have dropped out in the face of threats.

Analysts said Mr Sisi and his allies in the military and security services appear determined to ensure that the president faces no real challenge to his re-election nor significant public criticism during the campaign.

“Anan never stood a chance of winning the election, but he did stand an excellent chance of disrupting the system more generally,” said Dr HA Hellyer, senior nonresident fellow at the Atlantic Council.

The move against Mr Anan began on Tuesday with a public statement from the army, saying the former general had announced his candidacy “without getting permission from the armed forces” and accusing him of failing to formally leave the military before entering politics.

The text of the army statement blasting Mr Anan was broadcast on state television in Egypt. “The armed forces will not overlook the blatant legal violations [he] has committed which are a serious breach of the laws of military service.”

He was arrested at around the same time and aides said he had been taken before a military prosecutor. “We have heard nothing from him,” said Mr Refaat. “I charge the Sisi regime with all responsibility for his personal safety.”

He said 30 of Mr Anan’s supporters had also been arrested on Monday, along with some of their family members.

An announcement on Mr Anan’s Facebook page said his campaign was “suspended until further notice” following his arrest.

Ahmed Shafik, a former prime minister, announced in December that he planned to run in the election and returned to Egypt from several years in exile in the UAE.

But he was met by Egyptian security services upon arriving in Cairo and promptly disappeared from public view, re-emerging days later to say he was no longer running.

Anwar Sadat, the nephew of the assassinated former president, also threw in the towel on a potential candidacy last week, saying that a climate of fear and intimidation surrounds the vote in Egypt. He added that he was afraid for the safety of his campaign staff if he ran.

Khaled Ali, a 45-year-old human rights lawyer, was charged with public indecency soon after announcing he was planning to run in the elections. He is so far staying in the race but will be disqualified if he is convicted.

An Egyptian army colonel was sentenced to six years in prison for announcing his own plans to run while still serving in uniform.

The window for candidates to qualify for the race closes on January 29.

Mr Anan’s arrest came days after a visit by Mike Pence, the US vice president, who applauded Mr Sisi as a valued ally in the fight against terrorism.

It also came less than a week after Mr Sisi installed his chief of staff as head of the General Intelligence Service, in what was widely seen as a move to consolidate his own grip over the country’s powerful spy agency.

The General Intelligence Service, known in Arabic as the Mukhabarat, has in the past jostled for power with Egypt’s military intelligence. By putting one of his closest aides in the charge of the agency, Mr Sisi may have been trying to bring it to heel.