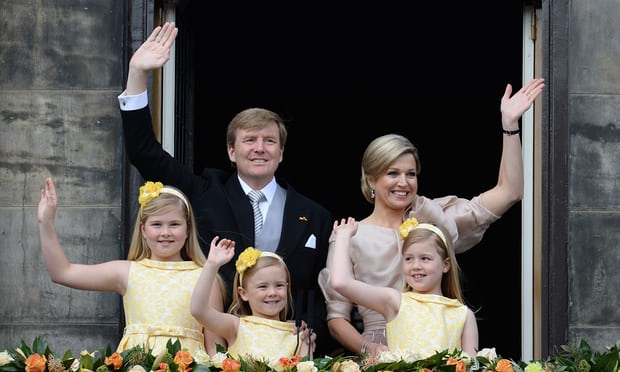 It may be one of Europe’s most liberal states, but in the Netherlands reverence for the monarchy appears hard to kick.

A divide has emerged in the Dutch coalition government over an attempt by one of the ruling parties to scrap a law that makes insulting King Willem-Alexander a crime punishable by up to five years in prison.

The Netherlands is one of the few European countries to retain a law of lèse-majesté, from the Latin laesa maiestatis, meaning injury to the majesty. The last case in the Netherlands was brought in 2016.

The Dutch house of representatives is due to debate the issue this week, but differences within the governing coalition have already become evident.

While the Greens, socialists and Labour party are backing the initiative by the liberals in the D66 party, they are facing opposition from the Christian parties in government – the CDA and the more conservative Christian Union.

Chris van Dam, an MP in the CDA, told the Dutch daily newspaper De Telegraaf: “We are talking about the king, our king who cannot defend himself in the public debate.”

Under the proposals from D66, Willem-Alexander would still be protected by laws designed to stop speech liable to incite discrimination or hatred.

While sympathetic to the change, the centre-right liberal party, the VVD, led by the Dutch prime minister, Mark Rutte, has said it would not support a law that would force the king to file a formal complaint to get justice.

Sven Koopmans, an MP, said: “If the king himself has to file a report, we are not there for it … The king should not have to go to the police station on his bike for a declaration.”

It has been suggested the parties are intending to use the issue to distinguish themselves before municipal elections in March.

Two years ago, a 44-year-old man was sentenced to 30 days in prison having “intentionally insulted” the monarch on Facebook, accusing him of being a murderer, thief and rapist.

He doctored images of executions online to include the king’s face in place of those of the actual victims.

A court in Overijssel, an eastern provence bordering Germany, had said in a statement: “This behaviour is unacceptable in our society and demands that a penalty be imposed on the suspect.”

In 2014, prosecutors also charged an activist who had shouted obscene slogans about the royal family during a protest, only to reverse their decision after the move was condemned as an attack on free speech.

The proposed changes would also abolish a law that prohibits anyone insulting the head of a friendly state. There has been more support for this move after Turkey’s president, Recep Tayyip Erdoğan, sought the prosecution of a German comedian over a satirical poem. The offence carries a sentence of up to two years in a Dutch prison.