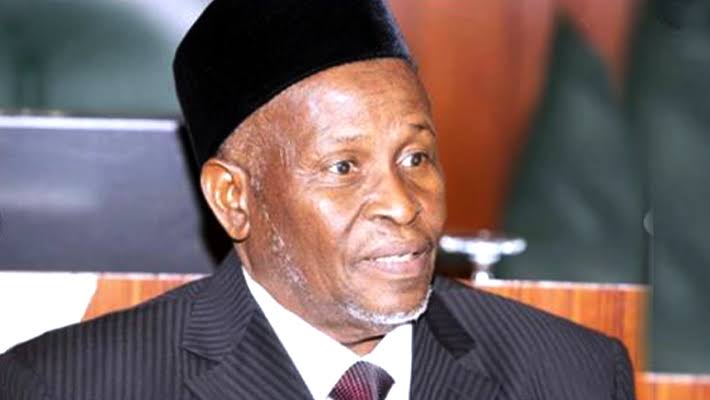 The CJN Tanko Mohammed speaking in Abuja on Saturday night at the 40th-anniversary reunion dinner organised by members of the 1981 set of the Nigerian Law School (NLS) encouraged members of the bar to speak up anytime they have an observation about the bench.

According to him “Those of us on the bench; we would like you people who are outside the bench to please, if you have any observation, draw our attention to it. It is for the benefit of us and society. Don’t allow us to fumble about.

“If you have made an observation; now as a classmate, as a friend, as a brother or a sister, please draw our attention to it, because the legal profession is not just for me alone, it is not meant for you alone, it is for all of us.

“So, let us come together and put all our hands on the deck so that we can progress and see that we leave something behind for which we could be remembered,” Justice Muhammad said.

Justice Muhammad, expressed delight about the accomplishments of his set and urged them to put their heads together to ensure unity.
The class’ Chairman, Mike Ozekhome (SAN), who is said to have been the brain behind the reunion, was ecstatic about the level of achievement attained by members of the 1981 set.

“We have impacted positively in most immeasurable terms, on the legal, judicial, governance, socio-economic and political development of Nigeria.

“Never before has the legal profession in Nigeria been so blessed with an array of the best in everything that members of the 1981 set represent.

“They have stamped their feet indelibly on the sands of time; charted new causes and courses; and opened up new vistas with uncommon focus and tenacity of purpose.

“On the Bench, they have not just contributed to, but have taken the lead in redefining the law and our legal jurisprudence with unprecedented clarity and lucidity of thought and intellectual engagement. Society is the greatest beneficiary.

“Without any specific order of importance, it is on record that the Bar harbours some of the best courtroom advocates in the legal profession from this set.

“In the academia, they have produced some of the best and most fecund scholars Nigeria-has been endowed with. In the world of entrepreneurship and Board room politics, they are nullus secondus (second to none).

“The 1981 set members have worked their way through politics to become governors, ministers and heads of governments’ ministries, departments and agencies (MDAs),” Ozekhome said.

The Chairman of the event’s organising committee, Chris Uche (SAN), who spoke in a similar vein, noted that “when we look back 40 years ago in the lives of every one of us, we certainly have so much to be grateful for.

“As we know, our set currently boasts of six members at the same time in the Supreme Court, with a Chief Justice of Nigeria, and a seventh Supreme Court Justice, now, the Emir of Lafia.

“We have many Justices of the Court of Appeal, Chief Judges of several States, both serving and retired, Presidents of Customary Courts of Appeal, etc (serving and retired), very many judges of the High Courts, as well as many accomplished legal practitioners, many Senior Advocates of Nigeria, many Professors of Law, many successful politicians, practitioners, many business moguls, religious leaders, etc.”

Besides the CJN, other members of the set, who are currently Justices of the Supreme Court are Justices Olukayode Ariwoola, Kudirat Kekere-Ekun, Uwani Musa Abba Aji, Lawal Mohammed Garba and Adamu Jauro. Justice Sidi Bage retired as a Justice of the Supreme Court to become the Emir of Lafia, Nasarawa State.