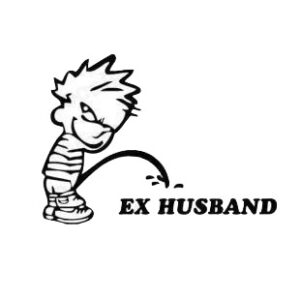 The whereabouts of a young boy has become an issue between a businessman, Victor Asiegbu, and his ex-wife Ngozi, as they are both pointing accusing fingers at one another over the disappearance of their son. Asiegbu told a magistrate’s court sitting in Ogba, Lagos, how his ex-wife Ngozi Blessyn, allegedly went to his son’s school, claiming she was taking him for a medical check up and disappeared with him. Testifying before Magistrate O. J. Awope (Mrs) of an Ogba Magistrate’s Court in order to unravel the whereabouts of the boy, Aisegbu said that Blessyn, his ex-wife, lied about the whereabouts of his son, just as he pleaded with the court to assist in locating his son. The estranged wife, in turn, accused the husband of being the brain behind the sudden disappearance of their boy, claiming that the man had custody of the boy. Blessyn is specifically answering questions to a count charge of lying under oath, preferred against her by the police. Defendant’s mother fingers complainant While being led in evidence by the prosecutor, Inspector Ayorinde Ezekiel, the businessman notified the court that “I went to the police station to make a report alongside with the head teacher, Mr Osuji. “We were assigned two officers, who accompanied us to Blessyn’s (defendant) house where she is supposed to be residing with the mother. “On getting to the house, we met her mother, who claimed she had not seen her daughter for some time and that the last she saw of my son was the day his school bus came to convey him to school. “She said she noticed two men on a bike trailing the bus and that one of them had a cap on so she could not see the face properly, but that from the stature of the person, it looked like me and the second person was my friend that came with me, the police and the head teacher to her house. “In fact, my friend was enraged and challenged her for telling such a lie. After the interrogation, the police picked her up to the station where she was told to inform her daughter to come to the station.” Victor Asiegbu told the court that the officers advised they should come the following Monday, but that Blessyn came with her lawyer the next day, a Friday. He said: “Unfortunately, I travelled to Benin and only got a call from the IPO whom I told I won’t be available. “On Monday, I was at the station but was told her lawyer came and told them the matter was in court. Nothing happened afterwards.” Asiegbu also said in September, he got a summons from the court where he was served with a contempt proceeding where the wife swore to an oath on September 2, 2014 that she hasn’t seen the boy since June 17. Found He said: “However, she had gone to the school on July 15 to pick him up with a false claim of taking him for a medical check-up. Thus denying knowledge of his whereabouts and that the court should help her find her son whom she claimed was with me. It was at this point I felt the boy may be missing if she could swear to an oath. “About two weeks after, a friend called me to say he saw the defendant (Blessyn) with my son at a function at Idimu and was wondering if I now reside in that area. It was at this point I went to write a petition and reported my case at the Idimu station. “An officer at Idimu carried out the investigation that led to my son being found in the custody of Mr. Humphrey Isidore, the husband of Mrs Joy Isdore (nee Ejeogo), Ngozi’s immediate elder sister.” The magistrate adjourned the matter till October 21 for further hearing.