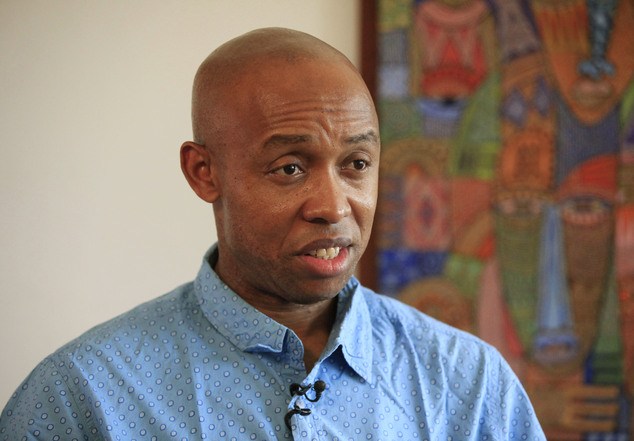 Recently, Dr Chidi Odinkalu who is supposed to be a top Human Rights Lawyer has chosen to descend into the arena of  contest in the forthcoming election of the Nigerian Bar Association(NBA) and has  suo moto assumed the position of an umpire who will determine who should not run for the Presidency of the NBA.

His views have polarised the bar since he strategically began his attack at the time the NBA was holding a National Executive Committee (NEC) meeting in Uyo. I must confess, it was an upper cut on the candidacy of Paul Usoro though it wasn’t strong enough to effect a knock out. However, whoever is the beneficiary of this attack may have achieved a Pyrrhic Victory as Paul Usoro’s candidacy has received a significant amount of attention and support from Lawyers who feel that the attacks are needless.

I am not in a position to affirm or deny if Dr Odinkalu has a personal grudge against  Paul usoro as many Lawyers believe. However, a source close to Odinkalu has revealed that he is on a vendetta mission because of an event that happened at the University of Ife in the early 80s which affected someone close to him. He believes that Paul Usoro SAN who was the President of the Law Society of University of Ife at the time was behind it. (Odinkalu himself did not graduate from Ife).  Lawyers who belong to chat groups with him have said that he has not hesitated in showing his bitterness about the incident in various chat groups he belongs.

Whether this alone is driving his hate campaign against Mr Usoro or someone is taking advantage of his fury to use him to score some political points in the next NBA election is something that will be revealed as the Election Day approaches.

Anyway, whatever is the case may not really matter rather the scary thing about his mission is that Dr Odinkalu who is supposed to be a human Rights sage has allowed his emotions to get in the way of good reasoning  making him jettison the cardinal principles of Justice and the core values and tenets of human rights as he continues to be restless over Paul Usoro’s decision to lead the Bar.

He has remained consistent in saying that Paul Usoro  SAN (who is NOT facing trial in any court or a party to one)should put his NBA Presidency project in abeyance and redeem his name which is in no way  under any threat apart from Odinkalu’s mission to threaten it. This has greatly tainted his supposed good intentions as most of his readers can decipher where he is headed and the task he seeks to accomplish; to get Paul Usoro out of the way of the NBA Presidency.

In his desperation to accomplish this, he has turned facts upside down; furnished interpretations of his own and reached personal conclusions to serve his purpose.

Paul Usoro SAN  a leading communication Lawyer in Nigeria has maintained a personal relationship with Justice Agbadu Fishim who was also practicing in the communication sector before he was elevated to the bench. Paul Usoro SAN made two payments into the Judge’s account in 2014 and 2015.

In August 2014, Paul Usoro gave Justice Fishim the sum of N250, 000.00(Two hundred and fifty Naira) as a gift when he was travelling for vacation. At the time this gift was given, the firm of Paul Usoro did not have any case before him. So the Purpose of this payment is easy to understand.

This is a little bit knotty.

In December 2014, the firm of Paul Usoro and Co was briefed in a matter that was later assigned to Justice Fishim in Portharcourt. In march 2015, Paul Usoro gave the sum of N200,000.00(Two hundred thousand naira) to Fishim J in support of the burial of a relation and in lieu of his presence at the burial. This was just three months after the matter was filed. No hearing has commenced in the matter .

It is on this second payment that Dr Odinkalu has hinged on though he has continually mentioned the total sum of the two payments to impress his readers. According to Odinkalu, nothing else matters, the gifts are automatically meant to influence and should be treated as one. To influence what in the first gift or in the second case maybe to influence a case that was yet to commence.That is ridiculous. He has advised that since they were bribes (according to him) Paul Usoro should put his ambition in abeyance. Funny indeed.

It is at this point that Dr Odinkalu murdered the cardinal principles of justice in his quest for vendetta or maybe in advancement of a hatchet job. This is not good for his reputation as a Human rights lawyer who should be in the forefront of the support for due process of Law.

The most fundamental principle of Justice presumes a person innocent until proven guilty. It is basic and a human rights lawyer like Dr Odinkalu should know better. Another principle frowns against punishing a person before being heard but Dr Odinkalu,a former head of Nigeria’s National Human Rights commission is now saying that those principles do not matter anymore. Paul Usoro should now punish himself by giving up his ambition before any form of fair hearing is instituted. Sad.

However, where he failed woefully is that Paul Usoro is neither charged in any court nor is he a party in any bribery case. So the question becomes, on what basis should he keep his ambition aside? Perhaps it is because Odinkalu has spoken. Laughable.

Paul Usoro has remained consistent in his assertion that as a personal friend to the Judge, he acted within the ambit of section 3 of the Code of conduct for judicial officers but Dr Odinkalu is not taking it.

In his article Titled “The Nigerian Bar Association, leadership, values and future” he canvassed a scandalous argument laced with mischief.

He argued that a lawyer who has shown to have a personal relationship with a Judge cannot rely on the Code of Conduct of Judges in his defence but should refer to the Rules of Professional Conduct (RPC) for lawyers. This argument is with due respect to my learned senior, Dr Odinkalu dry and grossly not sustainable.

For the purpose of clarity, Section 3 (f) of the code of judicial officers provides that :

A Judicial Officer and members of his family shall neither ask for nor accept any gift, bequest, favour, or loan on account of anything done or omitted to be done by him in the discharge of his duties.

A Judicial Officer is, however permitted to accept:

(i)    personal gifts or benefits from relatives or personal friends to such extent and on such occasions as are recognised by custom;

(ii)    books supplied by publishers on a complimentary basis.

(iii)    A loan from lending institution in its regular course of business on the same terms generally available to people who are not Judicial Officers;

(iv)   A scholarship or fellowship awarded on the same terms applied to other applicants.

Dr Odinkalu is saying that a lawyer who advances a gift to a judge pursuant to that provision cannot rely on it as a defence to prove his innocence. Haba! Doc, fear God now.

Dr Odinkalu has also tried to introduce confusion with the question as to whether it is customary for lawyers to advance gifts to Judges when they are going on vacation. The answer is obviously No. Paul Usoro has not in any way insinuated that but he has remained unshaken that he has a personal relationship with the Judge dating to his days at the bar  and has given him gifts pursuant to that friendship  and in line with the provisions of the Code of conduct for Judicial officers.

Dr Odinkalu also referred to the case of Sigimund Williams V MTN Nigeria Communication Ltd where Justice Fishim disqualified himself after the defendant’s counsel said that the Judge sent a text to him requesting for assistance because he was bereaved. According to Dr Odinkalu, it is a mystery that Justice Fishim did not do the same thing in the case from Usoro’s firm.

In my view, there is nothing mysterious about that. In fact, it was Dr Odinkalu who deliberately went shopping for a cloak of mystery to clothe a clear and innocent situation.

The difference between the two situations is clear. In the case of MTN, the Judge requested for money from a counsel he has no proven personal relationship with apart from Lawyer –Judge relationship. That cannot also qualify as a gift because you do not request for gifts. Again,the code of conduct for judicial officers does not cover that action.

In the case of Paul Usoro (who has established his personal relationship with the Judge as far back as when the Judge was a lawyer) he gave the money to a judge because he could not attend the burial of the deceased relation of the Judge at the time his matter before him was yet to commence.

I do not think that anyone should have a problem understanding that such a gesture is not unusual , is recognised by custom and was given in good faith.

Dr Odinkalu also made reference to the trial of the former Chief Judge of Enugu State who got a N10,000,000.00  donation from Aurthur Eze in a book launch.Dr,N10,000,000.00 is too much a donation. That type of donation is not contemplated in section 3 of the Code of Judicial officers. Authur Eze is a litigant and has no personal relationship with the Judge what so ever. So the example does not support your argument in any way and is completely at variance with the situation of Paul Usoro.

As the elections draw closer, it is not unusual for this kind of attack to come from different quarters in a bid to give advantage or disadvantage to any political leaning though many lawyers are beginning to resent it because it is already causing a turbulent sail too early. If this continues in the way and manner Odinkalu is going about it, there will be doubt that the NBA which is still having a rough sail from the last election will sail to the next   regime in one piece.