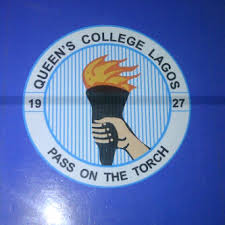 THE House of Representatives Committee on Basic Education, yesterday, indicted the Ministry of Education over its lackadaisical attitude towards the death of three Queens College students in Lagos. The students had died after drinking contaminated water supplied from the school’s water system. Chairman of the committee, Zakari Mohammed (APC, Kwara), declared, during an investigative hearing with all stakeholders on the matter: “The Ministry of Education did not play any role when the epidemic broke out in the school.  Rather, the Ministry of Health was on ground all through. “It did not even end there. Before the outbreak, the former principal of the school had written repeatedly to warn the ministry of the impending danger, yet the ministry did not do anything.” PROBE: From left, Principal of Queen’s College, Chief Betty Abiola Are; Deputy Director, Mrs. Stella Olagunju and Deputy Director, Unity Schools, Federal Ministry of Education, Mrs. Angelina Obiageli Madueke, when the House of Representatives Committee on Education probed the death of three Queens College students at the National Assembly, Abuja, yesterday. Photo: Gbemiga Olamikan. The chairman’s outburst was necessitated by the presentation of the former principal of school, Dr Lamin Amodu, who narrated her ordeal and declared that it was an act of sabotage. According to her,  “the situation was better managed before I was transferred to Federal Government College, Uromi, Edo State. “It touches my heart that we lost those three students, they were my daughters. I sent enough signals across to the ministry and I’ve everything properly documented as I informed them of the poor state of facilities in the school before I left. “I requested for an annex in October 2015 because of space and I even wrote the Head of Service, HoS, Winifred Oyo-Ita, an old girl of the school, to assist and she did her level best by 2016.” In her presentation, the current principal of the school, Mrs. B. A. Are, said:  “On February 27, I received an 11-man panel, who told me that we need to close down the school because it was no longer healthy for habitation and I obliged. “It was alarming when I was told that within two weeks, 1,200 students were registered at the clinic, complaining of abdominal pains and that some even vomited blood.” Members of the committee, who were apparently angered by the account of both principals at this point, focused on the Chairman of Parents Teachers Association, PTA, Dr John Afordike, who further opened a can of worms, alleging that it was an act of sabotage. Afordike, who was elected PTA chairman last October, told bewildered panelists that what happened at the school was an act of sabotage perpetrated by the school technician employed by the Ministry of Education. Former chairman of QC’s PTA ,Mrs Beatrice Ayatore, in her presentation, told the lawmakers how she was paying the school technician, one Mr Alex Amadi, N39,000 monthly to buy chlorine to treat the school water before she vacated her position last October. After listening to her narrative, the lawmakers ordered the minister’s representative, Dr Hussein Adamu, to ask the minister to sack Mr Amadi immediately. They also demanded that the minister appeared in person next Tuesday to listen to all the allegations and what actually happened at the school that led to the death of the girls. In his ruling, committee chairman, Mohammed, said the Minister of Health and Minister of State, Health should be commended for the role they played on the matter.