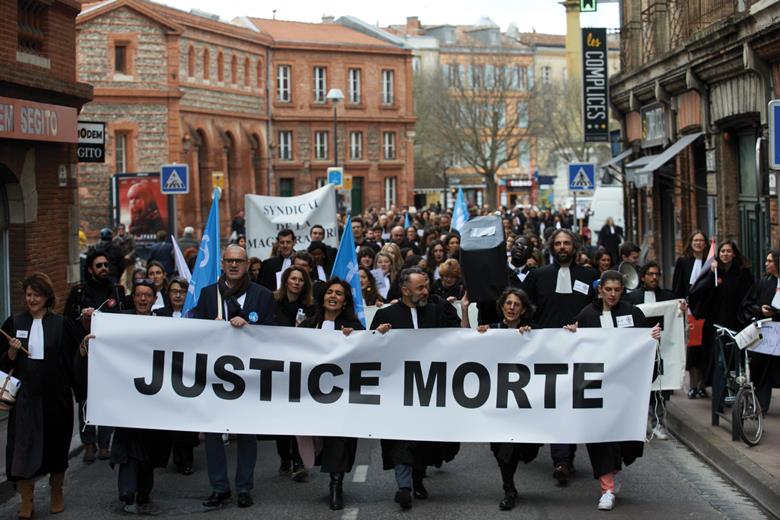 Reforms announced without explanation. Justice deserts. Intolerable waits for legal assistance. Political contempt for access to justice. These are among the issues that are expected to bring French lawyers onto the streets of Paris next week in protest against the Macron government’s policies.

The Conseil National des Barreaux (CNB), which represents local bar associations across France, has called for a national demonstration by the entire profession against reforms being introduced by justice minister Nicole Belloubet. 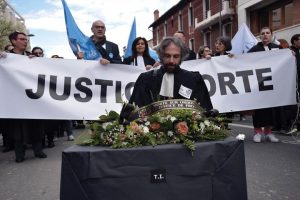 The action, under the slogan ‘dead justice’ (#justicemorte), follows a series of local events including strikes, ‘robed marches’ and lie-down protests.

In a statement, the CNB says the 2018-2022 reform programme marks a new retreat in the rights ot defendants and civil liberties. Many of the areas of concern will strike a chord with colleagues in England and Wales, for example proposals to conduct preliminary court appearances by video.

Meanwhile a cartoon in professional journal Le Monde du Droit shows Belloubet vigorously denying any intention to weaken the justice system – while in the background a court building is being converted into a discotheque.