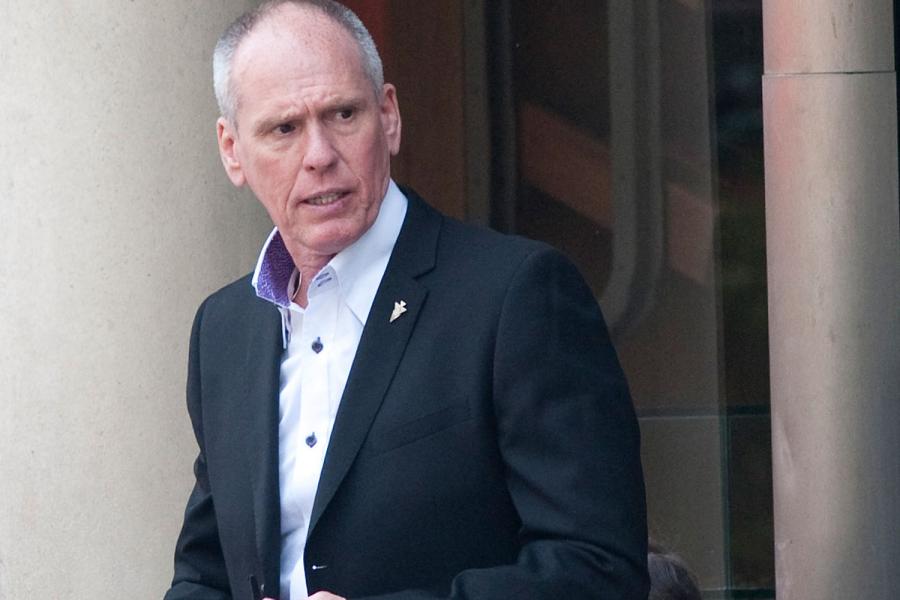 The former head of London’s most notorious crime family has finally handed back his illegal profits after years of claiming he was too poor to pay.

Terry Adams also argued that it would breach his human rights if he were forced to pay almost £730,000 owed following a conviction for money laundering in 2007.

He made the claims despite enjoying what a High Court judge described as a “luxurious lifestyle” involving nights out at leading London restaurants and the opera, as well as other extravagances.

But his years of defiance have now ended after another court ruled that prosecutors could have him sent back to prison for more than two and a half years — 949 days — if he failed to pay his debt.

In an attempt to conceal his defeat, Adams, who also claimed that it would be “inhumane” if he were to be jailed again, sought to impose a confidentiality requirement on the Crown Prosecution Service and the National Crime Agency, barring them from publicising their victory.

The Standard has established that his debt has been paid in full after Adams, 63, suddenly found the money required to avoid being returned to jail. “He must have found it down the back of his sofa,” one source joked.

The repayment brings to an end a long legal saga which began when Adams — the former head of the Adams Family, or “A Team” organised crime group — pleaded guilty in 2007 to laundering £1 million of proceeds of his own criminal conduct.

He was jailed for seven years and given a £750,000 confiscation order with a default sentence of up to four years if he failed to pay. A six-month repayment deadline was imposed.

His family home, Fallowfield in north London, which he shared with his wife Ruth, was later sold to pay part of the debt and prosecutors managed to obtain further money.

Just under half of the confiscation order remained outstanding, however. After Adams was released from prison he applied to the High Court for a “certificate of inadequacy” that would have allowed his debt to be written off or reduced on the grounds that he was too poor to pay.

A hearing at the Royal Courts of Justice was told by prosecutors that he had in fact been enjoying an extravagant lifestyle involving four meals at the Ivy, a visit to the Dorchester Hotel for a massage, a dozen trips to Brown’s Hotel in Mayfair and three visits to the Royal Opera House.

Adams countered that the outings were paid for by friends or his wife.

He added that his “only source of income” was money from his wife, telling the hearing, in July 2014, that “I feel like a ponce.”

But the judge, Mrs Justice Nicola Davies, rejected his application. She said she was satisfied Adams had an “unidentified cash reserve” of money that he was hiding from prosecutors and using to finance his lifestyle.

After that defeat, Adams made a further attempt to avoid repaying his debt by claiming in a case at Avon and Somerset magistrates’ court in October that action against him should be halted because prosecutors had taken too long in their attempt to secure the money. His lawyer also argued that it would be “inhuman” to return him to jail for non-payment because he had rebuilt his life and found employment.

In a ruling last month District Judge Taylor said Adams had previously been found to be “a man capable of sophisticated, complex and dishonest financial manipulation” and that the slow progress of the case was partly the result of his actions.

The payment follows the jailing last month of Adams’s brother Tommy for money laundering. Tommy, 59, from Islington, was found guilty of ferrying “dirty cash” from his crime empire across the country by taxi. He was given a seven-year prison sentence at Woolwich crown court.

Another brother, Patrick “Patsy” Adams, 61, was jailed at the same court for nine years last December for grievous bodily harm after shooting an associate who he suspected of being a “grass”, while his victim sat in a car in Clerkenwell.