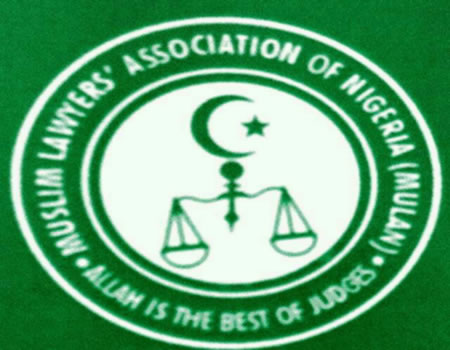 The Muslim Lawyers’ Association of Nigeria (MULAN), Oyo State branch, has expressed concern over consistent advertisements in the print, electronic and social media by some hajj and umrah tour operators inviting members of the public to make payments or deposits towards the performance of hajj and umrah rites this year.

The association said as a stakeholder in Islamic matters in Nigeria and Oyo State in particular, it was shocked by such advertisements coming at this time when coronavirus is rampaging all over the world, Nigeria inclusive.

According to a statement by the Oyo MULAN signed by Alhaji Akeem Adetunji (chairman) and Alhaji Sakariyau Sanni (publicity secretary), it is even more worrisome, considering the position of Saudi Arabia, which is the custodian of hajj and umrah operations.

The Saudi Arabian government had made declarations suspending umrah operations during this year’s Ramadan season, while it is yet to come up with a clear position as to the performance of hajj this year.

“Against this background, we, as an association of learned minds, view with suspicion the motives of these hajj and umrah tour operators in calling for payments/deposits towards the year 2020/1441 AH umrah and hajj pilgrimages.

“These calls for payments/deposits for the pilgrimages negate the subsisting directives of the Saudi Arabian government as well as the Nigerian government on the spread of the deadly COVID-19 pandemic,” the association said.

It added: “On this note, we hereby, as a matter of concern, call on members of the Muslim Ummah to be wary of falling prey to swindlers and fraudsters who are all out to deprive them of their hard-earned income under the guise of taking them on pilgrimage.

“We equally call on all media houses to scrutinise the contents of advertorials being sponsored in their media organisations by hajj and umrah tour operators in order to avoid offering themselves as willing tools in the hands of fraudsters.”

It urged the regulatory agencies and security agencies such as the National Hajj Commission of Nigeria (NAHCON), Oyo State Pilgrims Welfare Board (Muslim Wing), the police, the State Security Service, the Economic and Financial Crimes Commission (EFCC), the Independent Corrupt Practices and other related offences Commission (ICPC) and the National Broadcasting Commission (NBC) to rise up to the occasion and protect unsuspecting members of the public from falling prey to frauders.

Meanwhile, the organisation commended the efforts of the federal and state governments, particularly the Oyo State government, the Nigeria Centre for Disease Control (NCDC) and all health professionals in the front line of the battle for the containment of the dreaded COVID-19 pandemic.

It urged Nigerians to cooperate with the government by obeying various directives and regulations to stem the spread of the virus and pray Allah to put an end to “this calamity which has continued to claim lives in droves and grounded the world economy.”