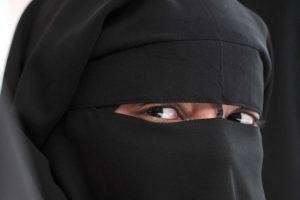 A Czech court on Friday rejected a discrimination suit by a Somali refugee who was banned from wearing a hijab in a nursing school, the first case of its kind in the EU state. The plaintiff, Ayan Jamaal Ahmed Nuur, who was granted asylum in the Czech Republic in 2011, did not attend the trial. Her lawyer had sought an apology and financial compensation for alleged discrimination. “The suit which the plaintiff lodged seeking an apology and 60,000 crowns (2,220 euros $2,350) in compensation was rejected,” Justice Daniela Cejkova said handing down the verdict in a Prague court. The court ruled in favour of the school, which argued that the young woman had never formally enrolled in the establishment. Ivanka Kohoutova, the school’s principal, also argued that wearing a hijab — a scarf covering the hair, ears and neck, revealing only the face — contravened its safety and hygiene standards. The Czech Republic is a secular country of 10.5 million people, with a Muslim community of only 10,000 to 20,000 members. It has no law covering the wearing of religious garments. But like elsewhere in Europe, anti-Muslim sentiment has been on the rise here following the 2015 refugee and migrant crisis when more than one million people, mostly refugees fleeing violence in Afghanistan, Iraq and Syria, entered the EU. Czech President Milos Zeman, known for his fiery anti-migrant rhetoric, insisted last year that it was “practically impossible” to integrate the Muslim community into European society. Members of the public present in court on Friday sang the Czech national anthem and applauded after the verdict was handed down.