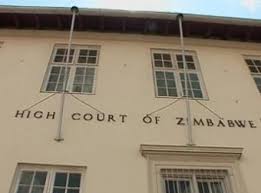 A Zimbabwean high court has dropped charges against the professional hunter, Theo Bronkhorst, who led the expedition that killed prized lion Cecil last year, his lawyer said Friday. “The high court has said the charges were flawed and, therefore, should be set aside,” lawyer Perpetua Dube told AFP. She said the judge had ruled Thursday that the charges “did not constitute an offence. “It’s a great relief for Mr Bronkhorst,” said Dube. The high court ruling followed an application by Bronkhorst’s lawyer for a review of a previous decision by a magistrate’s court to have him tried over the 2015 hunt which led to the death of the iconic lion renowned for its distinctive black mane. The hunt provoked worldwide outrage after it emerged that Cecil not only was a popular attraction for visitors to famed Hwange National Park, but that he wore a collar as part of an Oxford University research project. Bronkhorst, 53, had been charged with “failing to prevent an illegal hunt” when American trophy hunter, dentist Walter Palmer, paid $55,000 to shoot the lion with a bow and arrow in July last year. Zimbabwe decided not to charge Palmer after it emerged he had legal papers allowing him to hunt. Bronkhorst denied any wrongdoing, saying he had the required permits to kill an elderly lion that was outside the national park boundaries. Cecil, who was 13 years old, was killed outside the reserve, which is not fenced.