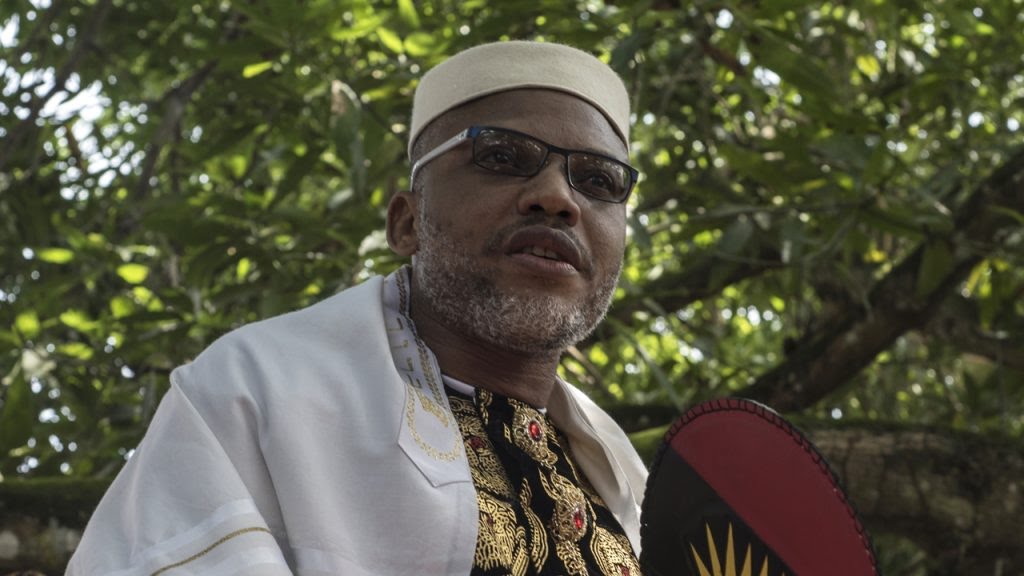 The Federal High Court presided by Justice Evelyn Anyadike has ordered the Federal Government to “restore Nnamdi Kanu to his status quo before 19th June 2021”.

In Wednesday’s ruling on fundamental human rights and extraordinary rendition of the leader of the proscribed Indigenous Peoples of Biafra (IPOB), she also ordered the government to pay N500m as damages to him.

The Court in its further rulings issued an injunction restraining the Attorney General of the Federation Abubakar Malami from prosecuting Kanu consequent upon his extraordinary rendition.

Kanu had in March this year filed a suit through his special counsel Aloy Ejimakor to enforce his fundamental rights stemming from what Ejimakor had termed his “extraordinary rendition” from Kenya in June last year.

In its Judgment, the court dismissed the Federal government’s objections to its jurisdiction and upheld all the reliefs sought by Kanu.

Speaking to the media after the judgment, Ejimakor called on the Federal government to “promptly comply with the judgment, more particularly the part that requires Kanu to be returned to Kenya”.

“We defeated the Federal Government. They said they don’t listen, they have listened today. Court told them that if they know the thing they did in June last year when they went to abduct the man from Kenya, they should return him back to Kenya the same way,” he told BBC Igbo.

“That what they did is bad and illegal, the way they tortured him is illegal. Our prayers to the court are eight, the court granted all. But the one I’m strongly pointing at is for them to take him back to Kenya, that is what the court said. So, I am hoping they will obey. If you offend and the court tells you, you have to accept.

“If you offend the Federal Government, they go to court; why do they go to court? When the court rules against them, they will start dragging foot. If they insist on not obeying the court, then they should dismantle all the courts in the country and we will start exchanging blows.”