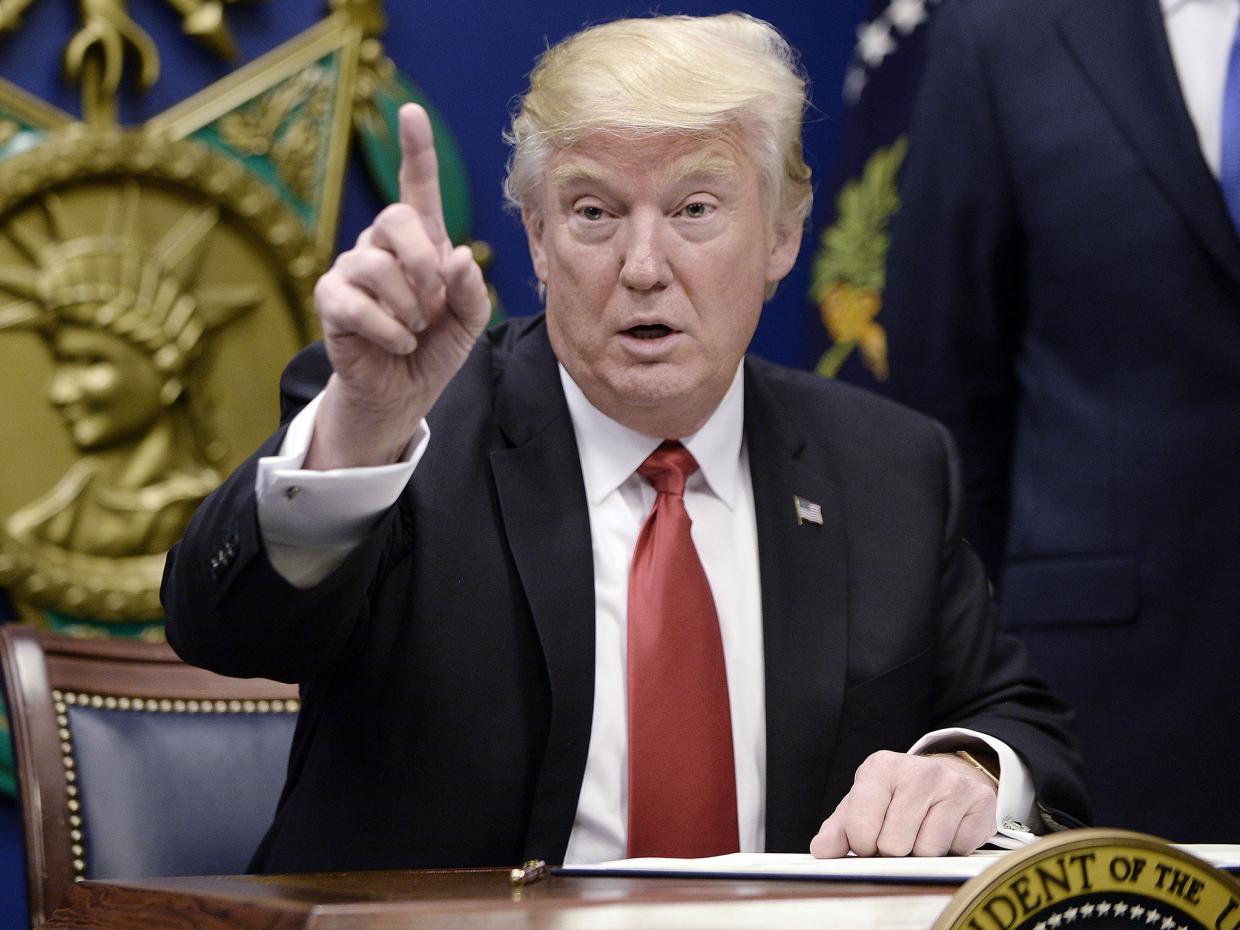 Donald Trump’s re-election campaign is canvassing supporters about the potential spread of sharia law, whether English should be the official language of the US and whether they regard Russia as “a concern”.

The online survey, funded by the Trump Make America Great Again Committee, offers an early insight into likely themes in what is set to be a bitter battle for the White House in 2020. This week Trump named digital strategist Brad Parscale as his campaign manager.

The multiple-choice questionnaire appears to be aimed squarely at the so-called Trump base, as it delves into slashing regulations, support for “merit based” legal immigration and imposing tariffs to protect American industry. One question reads: “Do you believe many universities indoctrinate rather than teach students?”

Perhaps hoping to build evidence that public polling – where Trump has an all-time low rating – consistently underestimates his true popularity, the survey asks: “Do you feel that you cannot publicly admit that you support Trump?”

Next is: “Do you think stopping taxpayer-funding of abortion remains a priority?” Trump recently became the first sitting president to address the March for Life in Washington and has rallied anti-abortion groups to his cause.

The survey makes reference to Trump’s controversial travel ban on several Muslim-majority countries, but in different language: “Do you support President Trump’s temporary restriction on immigration from terrorism-compromised countries?”

It then asks: “Are you concerned by the potential spread of Sharia Law?”

The Southern Poverty Law Center, which monitors extremist groups, has described “mass hysteria” surrounding a so-called threat of sharia law in the US as “one of the most successful far-right conspiracies to achieve mainstream viability” and largely the work of anti-Muslim groups.

The next question is blunt: “Is Russia a concern to you?” It does not specify whether this refers to the justice department investigation of Trump’s alleged collusion with Moscow, the threat posed by Russia to future US elections or President Vladimir Putin’s aggressive geopolitical and nuclear ambitions.

The ideological leanings of the next question are clear: “Has illegal immigration had a negative impact on your community?” Trump has vowed to restrict both legal and illegal immigration, target gangs such as MS-13 and build a wall on the Mexican border – always a loud applause line at his rallies.

In question No 31, critics are likely to hear a rightwing dog whistle: “English is currently not recognized as the official language of the United States. Do you think it should be?”

Trump’s positions on immigration and Mexico have drawn criticism from many Spanish-speaking voters and he has appointed fewer Latino people to influential positions than Barack Obama.

Two questions relate directly to recent debate over gun control. “Do you believe schools should be hardened to protect our children?” the survey asks, without specifically raising the issue of arming teachers.

“Do you believe background checks for purchasing firearms need to be enhanced to include the mentally ill?” is the other.

The poll asks whether supporters trust the media and find news coverage too negative. On Saturday Trump tweeted a link to an article that claimed he is being treated more unfairly than any past president, commenting: “Mainstream Media in US is being mocked all over the world. They’ve gone CRAZY!”

He was also due to deliver remarks at “a Trump Victory reception” fundraiser at his private Mar-a-Lago estate in Florida before flying back to Washington. The Trump Make America Great Again Committee is a joint fundraising committee composed of “Donald J Trump for President” and the Republican National Committee.