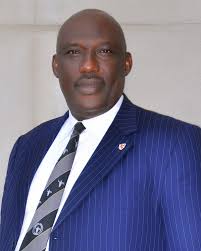 At the beautiful city of Owerri, Imo State, members of the NBA Owerri branch, the Heartland Bar gathered at the NBA House Owerri for their monthly meeting ably hosted by the friends of Chief Joe-Kyari Gadzama, SAN, which was described by many in attendance as the second coming of the man they fondly called J-K Gadzama in a short period.

At the meeting of the branch, members in attendance deliberated on the business of the day as it affects the branch within the State and metropolis of Owerri.

The friends of Chief Joe Kyari Gadzama, SAN, who was ably represented by Chief Prince Chukwudi Oli, the Director-General of Vox Populi and other great bar men of the Owerri branch including Victor Nwogu, Esq., Mr. Chukwuma Ezeala Esq. and Mr Lawrence Nwakaeti Esq., lighted up the venue of the meeting with an appearance of sort to add to the creme de la creme of personalities of the Heartland Bar.

The class of 1986 of the Nigerian Law School, friends of Chief J-K Gadzama of the heartland bar include: Leslie Njemanze, Esq., A.C.Mezu., Esq., Charles Onyeagbako., Esq., E.C.Mere., Esq., Emeka Ibeziako., Esq., Don Oweregbulam., Esq., Obi Anyanwu., Esq. Malachy Nadu., Esq., Chinedu Shuts., Esq., C.J.Ihemedu., Esq., Julius Onyenucheya., Esq., M.O. Over., Esq., and M.R.Udom., Esq.
During the deliberations of the meeting, members were greeted to the Goodwill messages from the friends of Chief J-K Gadzama SAN which they received with interest and rapt attention as if they were listening to the voice of Chief J-K Gadzama, SAN in person.

At the end of the Branch meeting, members were treated to a variety of delectable meals ranging from local delicacies to varieties of continental dishes. As part of fun at the event, members danced to the tune of different musical tones and had a lot to drink to the satisfaction of the members who stayed till the very end of the occasion.

Members gave their different testaments to the true character and personality of the learned Silk, Chief Joe Kyari Gadzama SAN whose array of personalities was a projection of his social capital.
Chief Joe Kyari Gadzama SAN is a consummate and quintessential Bar Man and a true Nigerian. He holds the traditional title of “Okwuluora of Ukpo” which means the mouthpiece of the people in Igbo language, which is a honour well deserved.

Also in attendance at the meeting of the heartland bar were revered members and elders of the bar such as Messers’ Onochie Onwuegbuna Esq., Principal Partner ( Zeran Legal), M. O. Nlemedum Esq., Former Attorney General of Imo State, Serennadi Njoku SAN.,
Chukwuma Ekomaru SAN.,
Eze Duru Ihuoma SAN.,
Emeka Nwagwu SAN.,
Njamanze SAN.,
Mr Uwazuruonye Esq ( Former Resident Electoral Commissioner)., Some of whom are members of the NLS Class of 1986 and avid members of the Heartland Bar.
Others in attendance at the meeting were the Chairpersons of FIDA Owerri branch and Young Lawyers Forum (YLF), Owerri branch.