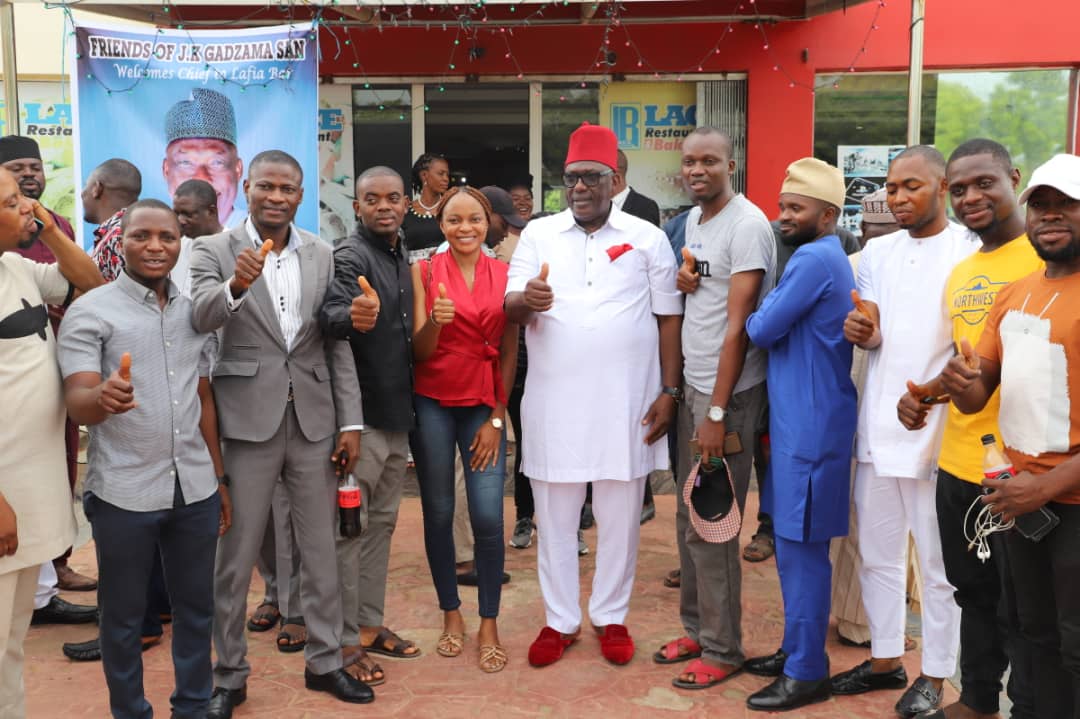 The welcoming remarks were delivered by Mustapha Sadiq, Esq (Chairman of Lafia Bar) who amongst many other things expressed his gladness to be hosting the Learned Silk. The Chairman also stated that Chief J-K Gadzama, SAN was an exemplary leader and one they were more than happy to be with.

Baba Ayuwule, Esq (Secretary of the Bar) spoke on behalf of the lawyers. In his remarks, the young lawyers were pleased with the good works and contributions of the Learned Silk and welcome every occasion to have interactions with the Learned Silk.

Thereafter, an indigene of Nasarawa State and Junior Partner with the firm of J-K Gadzama LLP, Mr. Jerry Musa Ombugadu spoke to the gathering, describing the Learned Silk as a man of capacity who has consistently contributed to the development of the personal and professional lives of many lawyers in Nigeria. He also reassured all who were present that the Learned Silk is a committed Bar patriot; and not just anyone but one with the rare ability to speak fearlessly on behalf of the Nigerian Bar.

In similar light, the Former National 1st Vice President and Assistant Secretary, Former Chairman Jos Branch, Mr. Steve Abar, addressed the gathering. He referred to the Learned Silk as a man of impeccable pedigree and unbiased character. He said he could attest to this because he had known the Learned Silk since 1997. He said, “be careful of people who come to you to solicit for your support to be NBA President. Ask them this, what they were doing for the NBA in 2018, 2019, 2020 and 2021. Thereafter he ended his speech by making reference to a statement made by Hon Justice O.A Adeniyi: “J-K Gadzama rivals the NBA as someone who has shown commitment to the affairs of the profession”.

The Learned Silk was then introduced to address the Lafia Bar. Chief Joe-Kyari Gadzama, SAN expressed delightfully, his commitment to the welfare of the Lafia Bar. He thanked everyone for joining him and welcoming him to Lafia Bar. He stated that being in Lafia is a homecoming for him as he is no stranger to the state and he’s a son of the soil . He described the Lafia Bar as an extension of his family explaining to all who were present that he had several affiliations with Nasarawa State. The Learned Silk reassured the members that the welfare of Young Lawyers will always be his priority and prayed for the young lawyers that they will achieve more and greater things than he has achieved in the profession. He also expressed his commitment to ensuring better access to loans with single digit interest, better access to Lawpavillon and other amenities. In his remarks, he assured the Lafia Bar that as a part of his plan, he was going to set up a structural system that would create more employment opportunities for lawyers. “It is possible to have two legal advisers in every local government in Nigeria under statutory employment. There are many ideas that we have. We have only come to thank you for what you have been doing, what you are doing and what you will do to assist us implement our ideas”.

Thereafter His Highness M.A Sambo (Madaki Kayada), thanked the Learned silk for not relenting in his desire to serve the bar despite his caliber and standing.

J.A Kigbo stated that they are privileged to have the Learned silk in their midst and that the leadership of the NBA requires the boldness of a person who can pull the bull by the horn. Thereafter he asked the learned silk to look into the plight of private legal practitioners such as appointment into the judiciary, remuneration of lawyers. The learned silk in response to him stated that all these things are in his agenda and he will make sure to occasion a change.

Zoe Fuantuam( president of Legal Aid), stated that she was grateful to the learned silk for always recognizing corp members

The Chairperson of Young Lawyers Forum, Lafia, Grace Akatiki Dominic thanked the Learned Silk for the interactive session, assuring him of their unwavering support come rain, come sun. She also thanked all who attended the lunch date.