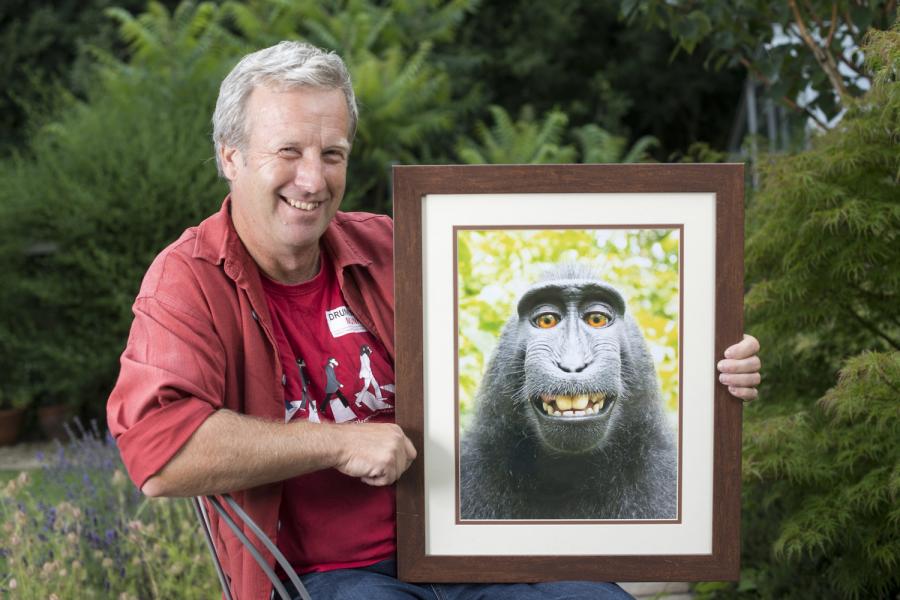 The British photographer whose camera was used by a monkey to take a selfie last night settled his legal battle with activists over whether the animal owns the copyright.

David Slater agreed to donate 25 per cent of his future earnings from the image to protecting Naruto, the Indonesian macaque who took it, activist group PETA said.

The settlement is confidential so it is not clear who will pay the estimated £200,000 legal costs that left Mr Slater, a freelancer, so broke he was considering becoming a dog walker.

PETA said in a statement that Naruto “undeniably” took the picture and that the case showed the “need to extend fundamental rights to animals”.

Both sides said in a joint statement that the case raised “important, cutting-edge issues about expanding legal rights for non-human animals”.

Mr Slater had been sued in a US court by PETA which claimed that the copyright for the selfie taken by Naruto rests with the monkey and he should get any profits from its sales.

Lawyers for Mr Slater, from Chepstow in Monmouthshire, argued at the 9th Circuit in San Francisco that he could not be sued because his accuser was a monkey – and may not even be the right one.

Angela Dunning, said the case was “absurd” because Naruto “can’t benefit financially from his work he is a monkey”.

PETA claimed that Naruto should have the same rights as a human and that it was a test case for broader animal rights.

The group sued in September 2015 and the case rumbled on for two years until the settlement.