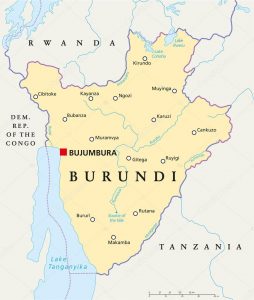 Burundi has become the first nation to withdraw from the International Criminal Court. Burundi had announced its plan to withdraw a year ago, saying the court focused too much on Africa.

Amnesty International immediately reacted, saying Burundi’s withdrawal “does not in any way absolve Burundi of its obligations to end ongoing widespread human rights violations, or to address its abject failure to deliver justice for victims at the national level.”

The rights group said, “The ICC can continue its preliminary investigations regardless of Burundi’s efforts to stop its work by withdrawing from the Court. Even if President Pierre Nkurunziza’s government will not cooperate with the Court, the ICC has ways and means to investigate and persecute the crimes committed.”

Burundi erupted in protests and violence after Nkurunziza announced he would run for a third term in 2015. Critics said he was violating a two-term limit in the constitution. The president won an election mostly boycotted by opposition parties, but violence prompted more than 420,000 Burundians to flee to Tanzania, Rwanda, Uganda and the Democratic Republic of Congo.

African nations have frequently accused the ICC of targeting Africans. The court disputes this charge and notes it is investigating situations in a number of countries. But, the ICC has yet to try a case from a non-African nation.

South Africa revoked its withdrawal from the court earlier this year. It had announced its intent to leave the court in 2015 amid disagreement with the court after South Africa declined to act on an ICC arrest warrant for Sudan’s president during an African Union summit he attended in Johannesburg.