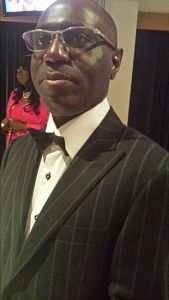 A ‘dishonest, greedy’ and possibly bigamous school accountant has been jailed for nine years for stealing £4.1million of taxpayers’ money – and lavishing it on four women.

He bought luxury cars including a Mercedes, an Audi TT sports car and an Infiniti, and is also feared to have sent much of the money to his homeland of Nigeria.

Despite overwhelming evidence, he tried to blame the theft on his late wife Grace and an office junior. He claimed they conspired to smear him by transferring the money to his joint account in revenge for his adultery.

During those years no questions were asked about the secretive man who locked himself in his office to work late, after arriving in a Mercedes, wearing £500 Gucci shoes and carrying a Louis Vuitton briefcase.

His boss, chief financial officer Paul Durgan, failed to notice a penny missing. He was often lecturing other schools about how to run their finances, while Kayode was transferring school money into his own bank account.

It was revealed only when a school cleaner stumbled across Kayode’s paperwork. She then made an anonymous call to the new chief finance officer, Yvonne Smithers, who was already suspicious about Kayode’s secrecy.

Despite overwhelming evidence, he tried to blame the theft on his late wife Grace, pictured, and an office junior

Last night Kayode, who was paid £57,000 a year, was behind bars after he was found guilty of obtaining £150,000 by theft and £3.95million by fraud. A nine-year jail sentence, near the maximum, was handed down at Woolwich Crown Court on Friday.

Haberdasher’s has recovered only £800,000, and says there are no assets to retrieve from Nigeria – despite claims he had a property empire worth more than £1million there with ‘second wife’ Olubunmi Halima, 33.

Prosecutor James Thacker said the father of four from Ilford, East London, was a ‘dishonest, greedy man’ too arrogant to admit his guilt even after he was caught red-handed in 2012. The accounts manager started work at Haberdashers’ – which has links with the public schools of the same name – in 1997.

Mr Thacker said that in 2006 Kayode starting using the BACS money transfer system to put tens of thousands at a time directly into a joint account held with wife Grace. He then spent up to £98,000 a month.

As well as spending money on his real wife Grace’s private health care – until her death aged 53, in 2013 – he also signed documents showing he was making investments with Miss Halima, and renting flats in Kent for ‘partners’ Toyin Lawal and Yetunde Turtak.

Kayode said he had lied about marrying Miss Halima, and denied affairs with the other women.

At her house in Northfleet, Kent, Miss Lawal, 50, said that when she was short of cash, Kayode paid one month’s rent for her in his role as pastor at a Nigerian church. She denied they were lovers.