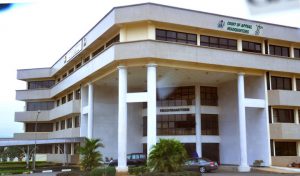 The Court of Appeal sitting in Abuja, on Thursday, declined to annul the election of Governor Seriake Dickson of Bayelsa State

The court, in an unanimous judgement by a five-man panel of Justices, dismissed joint appeal the All Progressives Congress, APC, and its governorship candidate in the state, Mr. Timipre Sylva, lodged against Dickson.

The appellate court panel led by Justice Rotimi Olukayode Bada, held that the appeal lacked merit, even as it upheld the July 26 verdict of the Bayelsa State Governorship Election Petition Tribunal which declared Dickson of the Peoples Democratic Party, PDP, as the bona-fide winner of the gubernatorial contest.

The appellants had through their lawyer, Mr. Sebastine Hon, SAN, prayed the appellate court to set-aside the decision of the tribunal, sack Dickson and order fresh governorship election in Bayelsa State.

Sylva who is a former governor of the state and his party, among other things, contended that the tribunal misled itself, misapplied the law and came to wrong conclusion in its verdict when it declined to void the election which they said was fraught with manifest irregularities.

They argued that the tribunal erred in law when it held that the reasons INEC gave on why it cancelled election result in some parts of the state was within the provision of section 26(1) of the Electoral Act, 2010.

They argued that Section 26(1) of the Electoral Act made no provision for “cancellation” of election, but “postponement” of election.

According to the appellants, “The phrase ‘other emergencies’ under section 26(1) of the Electoral Act is limited to the action of INEC ‘postponing’ an election and not ‘cancelling’ one that had already taken place”.

They further argued that the tribunal Judges, “misdirected themselves in law when they held that the appellants failed to prove and or tender any documents showing that election results had been uploaded on the database of INEC before the cancellation of the election and that such failure not only meant abandonment of pleading, but withholding of evidence, which if tendered, would be fatal to the appellants”.

It is their argument that the tribunal erred in law when, in its haste to dismiss the appellants’ case in respect of Southern Ijaw LGA, deliberately refused to judicially evaluate the evidence called by the appellants in proof of their case in that LGA.

It was position of the appellants that no election or collation or results, known to law, took place in Southern Ijaw LGA.

They also faulted the tribunal for failing to void Dickson’s election when it found that the combined result of election recorded by both candidates was 48,146, less than over 120,000 total registered voters in Southern Ijaw LGA.

“The trial tribunal erred in law and thereby occasioned a miscarriage of justice when it failed to make definite pronouncement on the effect of the cancelled votes being more than the difference between the PDP and APC”, the appellants added.

It will be recalled that the tribunal which conducted its proceedings in Abuja, dismissed a joint petition Sylva and APC lodged against the election.

A three-man panel tribunal led by Justice Kazeem Alogba, held that the petitioners failed to by way of credible evidence, prove their allegation that the election was marred by irregularities.

The tribunal held that neither APC nor Sylva was able to substantiate their allegations beyond reasonable doubt, saying the petition was not backed by proof and required standard.

According to Justice Alogba, “The petitioners failed to prove that the second respondent (Dickson) did not score the highest lawful votes.

“Therefore the return of the second respondent by the Independent National Electoral Commission on January 10, 2016 was valid.”

The petitioners had on January 30, gone before the tribunal to challenge the declaration of Dickson as winner of both the December 5, 2015 and January 9, 2016, supplementary poll, by the Independent National Electoral Commission, INEC.

They alleged that the election was characterised by malpractices, intimidation of voters, hijacking of electoral materials, non-voting and non-collation of results in substantial parts of Sagbama, Yenogoa, Nembe, Ogbia,and Ekeremor Local Government Areas.

The petitioners also argued that the Resident Electoral Commissioner REC, in the state, lacked the power to unilaterally cancel the supplementary election scheduled in Southern Ijaw Local Government Area for December 6, 2015 and rescheduled it to January 9, 2016.

Nevertheless, while dismissing the petition, the tribunal held that INEC had the power to cancel the scheduled supplementary election.

It said that contrary to contention by the petitioners, the decision to cancel the December 6, 2015, poll was not unilaterally taken by the REC, but was taken by INEC and “merely announced by the REC”.

A decision that was upheld by the appellate court on Thursday.

According to the appellate court, “where a party seeks declarative reliefs, the burden is on him to win on the strength of his own case and not on the weakness of the defence”.

It held that neither Sylva nor APC was able to discharge the burden of proof imposed on them by the law.

The court said the appellants failed to prove that there was substantial none compliance to section 139(1) of the Electoral Act in conduct of the Bayelsa State governorship poll.