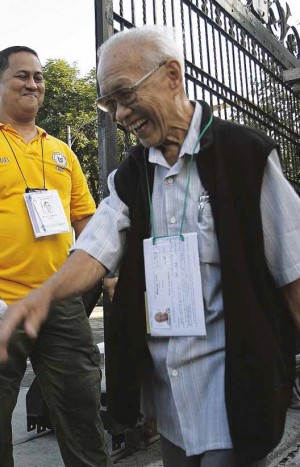 The 80-year-old, made history as being the oldest new wig ever produced by the Nigerian Law School and any other place in the world.

Enebeli and 2,217  were called to the Bar at two separate ceremonies held in Abuja . The Director-General of the Nigerian Law School, Mr. Olanrewaji Onadeko, acknowledged Enebeli’s record breaking feat, while presenting the candidates for the call to bar ceremony saying “Let me also congratulate one of the new wigs, who is making his history in his own right, by being the oldest new wig ever produced by the Nigerian Law School.He is 80-years-old and we wish him a very successful career at the bar.”

While Hilario still holds the record as the oldest person to sit for the bar exams,Enebeli walks away with the record of the oldest to pass the pass exams.