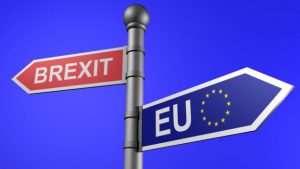 Theresa May’s plans for triggering Brexit were plunged into chaos today by a sensational High Court judgment that she cannot bypass Parliament.

Three judges ruled the Prime Minister does not have the right to use the Royal Prerogative to invoke the Article 50 notice to leave the EU without involving MPs and peers.

The extraordinary development throws into confusion whether Ms May can stick to her timetable to trigger Article 50 by the end of March – and leave the EU by spring 2019.

If it leads to the Government being forced to push a Bill through Parliament – with numerous chances for it to be amended – there is thought to be virtually no chance of that timetable being achieved.

The Government immediately confirmed it would challenge the ruling at the Supreme Court – probably on December 7 – with speculation the case could end up at the European Court of Justice.

The pound immediately surged on the news, as the markets judged it would make it more difficult – at the very least – for Ms May to pursue a so-called ‘hard Brexit.

And Ladbrokes slashed the odds on a snap general election next year to 2-1, amid a belief that the Prime Minister will turn to the voters if she runs into an impasse at Parliament.

Given the huge Conservative lead in the polls, that could hand Ms May a much bigger Commons majority than the slender 12 which she inherited from David Cameron – and greater freedom to deliver Brexit.

In a devastating judgment for the Government, the Lord Chief Justice said its arguments had been contrary to “fundamental constitutional principles of the sovereignty of Parliament”.

The ruling said: “The court does not accept the argument put forward by the government. There is nothing in the text of the 1972 Act [to join the EU] to support it.”

Tim Farron, the Liberal Democrat leader, hailed the decision as “the chance to say no to an irresponsible hard Brexit that risks our economy and our jobs”.

He said: “It is critical that the government now lay out their negotiating to Parliament, before such a vote is held. So far, May’s team have been all over the place.”

But a furious Nigel Farage said: “I worry that a betrayal may be near at hand. Our political class, who were out in force, do not accept the 23rd of June Referendum result.

“I now fear that every attempt will be made to block or delay the triggering of Article 50. If this is so, they have no idea of the level of public anger they will provoke.”

And prominent Conservative Leaver Dominic Raab said: “This case is a plain attempt to block Brexit by people who are out of touch with the country and refuse to respect the result.”

Labour leader Jeremy Corbyn said the party “respects the decision of the British people to leave the European Union”.

But he added: “This ruling underlines the need for the Government to bring its negotiating terms to parliament without delay.”

A delighted Nicky Morgan, a Conservative MP who has demanded that MPs vote on Article 50, said: “Democracy has been asserted.”

But she added: “We are very well aware of how people voted – 17 million to leave the European Union in June – and I expect that Parliament will trigger the approval of the Article 50 notice.”

It is thought unlikely that MPs will seek to block Brexit, because – although a majority were pro-Remain – most, especially nervous Labour MPs, now accept the verdict of voters in June.

However, MPs – and peers in the House of Lords – could be handed the opportunity to challenge, or even delay, the process, if they are not satisfied with the Government’s strategy.

The ruling is a huge blow to Ms May, who tore into MPs wanting to influence Brexit at the Conservative conference, claiming they “are not standing up for democracy, they’re trying to subvert it”.

She said: “They’re not trying to get Brexit right, they’re trying to kill it by delaying it. They are insulting the intelligence of the British people.”

The challenge was brought by Gina Miller, a London businesswoman, arguing the inevitable consequence of invoking Article 50 was the loss of statutory rights enjoyed by UK and EU citizens.

They included the right to refer a legal case to the European Court of Justice, of freedom of movement and to sell services – rights which should only be taken away by Parliament.

The Attorney General argued, unsuccessfully, that the court challenge was an attempt to “invalidate” the public’s decision, in the June referendum, to leave the EU.

In a brief statement, a Government spokesman said: “The Government is disappointed by the Court’s judgment.

“The country voted to leave the European Union in a referendum approved by Act of Parliament. And the Government is determined to respect the result of the referendum. We will appeal this judgment.”

Ms Miller herself said: “This result today is about all of us – our United Kingdom and our futures.

“It is not about how any of us voted – each of us voted to do what we believed was the right thing for our country. This case is about process, not politics.

“However you voted on June 23, we all owe it to our country to uphold the highest standards of transparency and democratic accountability that we are admired and respected for around the world.”