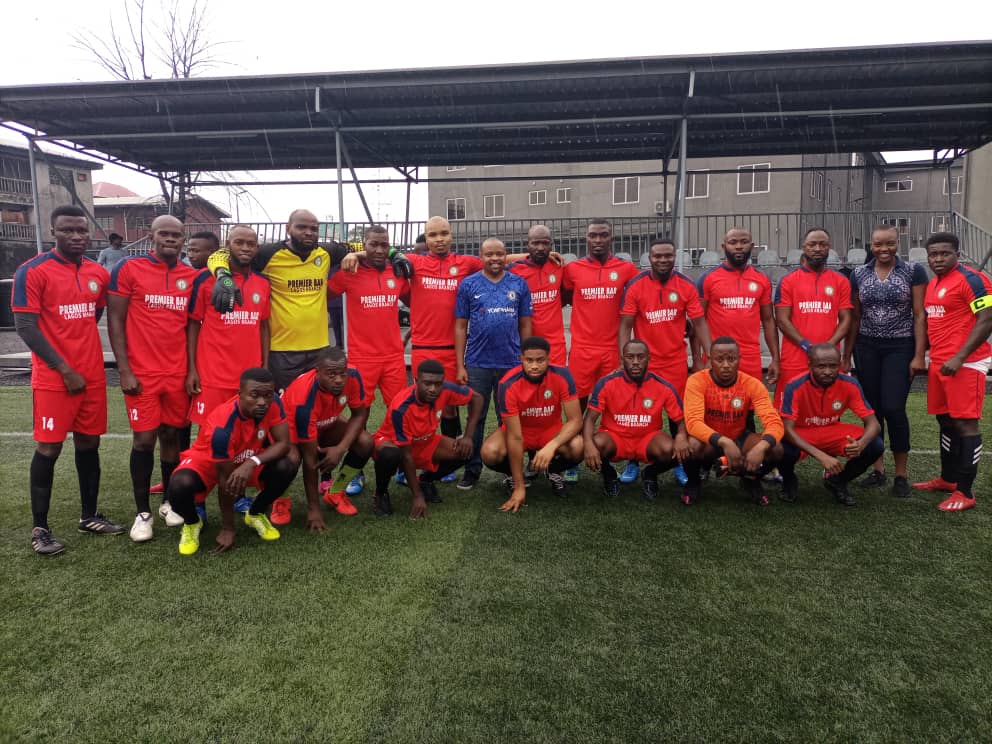 In the opening match of the 2021 Annual General Conference going on in Portharcourt,the Nigerian Bar Association ,Lagos has humiliated Isiokpo and Okehi branch that combined as a team in an excruciatingly painful 10-0 defeat Courtroom Mail reports.

Lagos branch which came second in the last physical AGC has put in alot into preparing for the tournament and is predicted to be a likely winner of the tournament.

NBA Lagos will be playing Yenegoa branch tomorrow whose members are likely to be in panic at the moment.