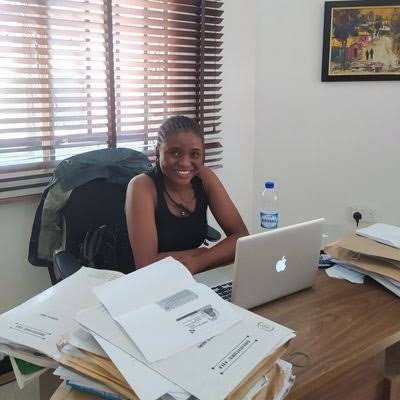 After a tough competition that led to two runoff questions, Abimbola Osinubi has emerged the winner of 2022 Afam Osigwe SAN Courtroom Mail Prize for young lawyers

The competition which was supposed to end on the 28th of May ended in a tie between Abimbola Osinubi and Afunso Ayomidele which led to a runoff competition on saturday the 4th of June where the two finalists also met a stalemate.

Another runoff was scheduled for 8am on Sunday 5th at 8am where Abimbola Osinubi won the competition.

She will get an exclusive one year subscription of Lawbreed Supreme Court report sponsored by Afam Osigwe SAN.