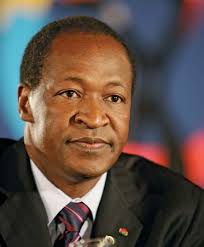 Ousted Burkina Faso president Blaise Compaore will likely go on trial in March for his part in the violent crackdown on the 2014 popular uprising that overthrew him, the supreme court prosecutor has said. Other members of his former government will also face justice including the ex-prime minister Luc Adolphe Tiao, prosecutor Armand Ouedraogo said.

Compaore, who lives in Ivory Coast, was defence minister as well as president at the time of the insurrection but is only being prosecuted for his role as the former. “Of the 34 members of (Compaore’s) government, seven will be tried in absentia,” Ouedraogo added.

Compaore lost power after 27 years following a popular uprising in October 2014 against his attempts to change the constitution to remain in office. Thirty-three people were killed during the crackdown on the demonstration, according to official sources. However the Compaore regime is being prosecuted for just 7 deaths and the wounding of 82 people in the capital.

“They are not being prosecuted for all the deaths related to the popular uprising because not all protesters died from bullet wounds and they were not all in Ouagadougou,” Ouedraogo said.

Only Tiao was jailed for a couple of months before being freed. The other ministers have been banned from leaving the country.

All of those on trial face the death penalty and should they be found guilty Burkina Faso will call for the extradition of those outside the country to face their sentences at home.