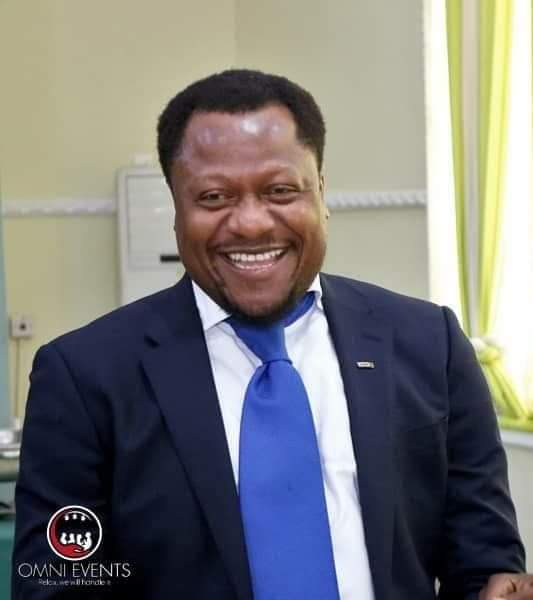 “Do not follow where the path may lead .Go instead where there is no path and leave a trail “
-Ralph Waldo Emerson.

This is a Special Birthday Tribute to the Chairman of the Nigerian Bar Association, Benin Branch-the Lion Bar on his birthday today the 22nd of May,2020 .

Prince Collins Benson Ogiegbaen A.I.C.M.C, the Chairman of the Nigerian Bar Association, Benin Branch is not just an enigma, but an avatar. Prince Ogiegbaen bestrodes the the Legal Profession and by extension the State as a Collosus making the NBA Benin Branch -the Lion Bar a critical Non State Actor .

As they say “Morning shows the Day “.Prince Ogiegbaen has never left any one in doubt as to his Leadership Qualities .From his days in Edokpolo Grammar School,Benin City or his stint as the President of the Law Students Association (LAWSA), Faculty of Law UNIBEN,Prince Ogiegbaen has demonstrated credible Leadership that has now Landed him the Premium Position of Chairman of a SuperUrban Branch of the NBA ,that was after his successful tour of duty as Secretary of the Branch .

Prince Ogiegbaen’s Oratorical Prowess is unparalleled. In his many speeches as Chairman of the Lion Bar you would see a complex use of language, idioms and quotations in a way that will make William Shakespeare blush in his grave .

Under his watch ,the NBA Benin Branch, the Lion Bar has transmogrified in leaps and bounds .The Branch was named the 2nd best Branch of the 125 Branches of the NBA in Nigeria.

The Lion Bar under the watch of Prince Ogiegbaen is the only NBA Branch in Nigeria that has 7 WHATSSAP PLATFORMS and other Social Media Channels for its Members ,it is the only Branch in Nigeria that has an Online Directory of the names and phone contacts of Registrars of all the Courts within Jurisdiction in Nigeria and also those of Command Officers of the Nigeria Police and Federal and State Government Officials related to the Legal Profession.

The NBA Benin Branch under his watch was the First Branch in Nigeria that initiated Palliative for Lawyers during this COVID-19 Pandemic and it did the most extensive Palliative Programme of any NBA Branch in Nigeria reaching out to about 750 Lawyers,some of them.personally delivered by the Chairman himself to Lawyers in the Hospital and Old and Frail Lawyers in their Houses !

The NBA Benin Branch under Prince Collins Benson Ogiegbaen A.I.C.M.C’s watch is the first Branch in Nigeria to conduct two successive Monthly Online Meetings of the Branch,due to the prevailing COVID-19 Virus ,The Branch has an ongoing welfare scheme with cash for Members that do Marriages or Burials for their loved ones The Branch is the most visible NBA Branch in the Online Media and Mainstream Media ,has a zero tolerance for harassment of Members by any institution of State ,was the first Branch in Nigeria, to set up a COVID-19 Regulations Monitoring Committee, the Branch has the largest Branch Interventions for Members during the Annual General Conference of the NBA,providing over 100 Hotel Rooms for Members and Free Transportation to and from the Conference Venue for Members and runs the Office of the Bar Defender to provide free legal services to Indigent citizens and has led the Prison Decongestion in Edo State .All theses were achieved and sustained under the able Leadership of the Lion Bar Chairman-Prince Collins Benson Ogiegbaen A.I.C.M.C. ,whose birthday is today .

As you celebrate your Birthday today ,The Lion himself as you are fondly called ,may this new year usher in good tidings that will take you to greater heights.

The reward for hardwork is more work.

Happy birthday to you the Lion Bar Chairman!

The best is yet to come .