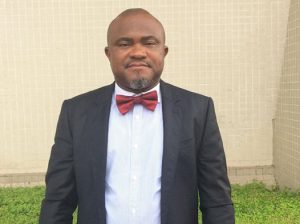 The Biafra agitation has gotten to its lowest point after Nnamdi Kanu,the leader of Indigenous People of Biafra(IPOD) issued an order that Anambra state people should not vote in the forthcoming election. Many highly rated individuals have criticised the order as laughable and ignorant. In fact ,many well meaning Igbos have disassociated themselves  from IPOD and their activities as the organisation continues to struggle.A lawyer,Onyebuchi Ememanka wrote the article below which so many Igbos have applauded along the length and Breadth of Igbo Land.

On May 30, 1967, following a chain of events in Nigeria, and following weeks of serious consultations between Ojukwu who was the Military Governor of the then Eastern Region and a cross section of the people, Ojukwu made that historic announcement which proclaimed the sovereign state of Biafra.

The day he made that proclamation, the hall at Enugu was filled to capacity. The finest brains from this part of the country were there. Leaders of thought, Traditional Rulers, soldiers, members of the academia, etc.

In his opening speech that day, Ojukwu said…
“YOU, THE PEOPLE OF EASTERN NIGERIA…

HAVING MANDATED ME TO PROCLAIM ON YOUR BEHALF AND IN YOUR NAME THE EASTERN NIGERIA TO BE A SOVEREIGN STATE,

Ojukwu was a wise man. He studied history at Oxford. He understood the psychology of the Igbos and our neighbors. He knew he couldn’t act alone. He knew he needed the support of the people.

When that announcement was made, there was an explosion of joy across the entire Eastern Nigeria.
Our finest brains were fully with him. Sir Louis Mbanefo, the first Igbo lawyer accepted to serve as Chief Justice of Biafra. Others like Achebe, Okigbo, etc were there.

Ojukwu understood that Biafra wasn’t an Igbo thing. It was never. He brought in an Efik man as his Second in Command. His name was General Philip Effiong. The Secretary to the Government of Biafra was also Efik. It was an Eastern Nigerian agenda. Even a Yoruba officer, Tunji Banjo abandoned his own people and fought for Biafra.
That is the power of ideas supported by popular acclaim.
Our people were happy. We were enthusiastic. The people had spoken through their leader.

In January 1970 when the war ended, Ojukwu had fled to the Ivory Coast. He handed over to Effiong. When there was more sense continuing with the war, Effiong didn’t just make an announcement on his own. He consulted our people. Even in the heat of an excruciating war, Effiong never acted alone.

In his last speech to the Biafran people, Effiong said…

FELLOW COUNTRYMEN AND WOMEN, AS YOU ALL KNOW, I WAS ASKED TO BE THE OFFICER ADMINISTERING THIS REPUBLIC ON JANUARY 10,1970…

I HAVE HAD EXTENSIVE CONSULTATIONS WITH THE LEADERS OF OUR COMMUNITIES BOTH MILITARY AND CIVIL, AND I AM NOW ENCOURAGED AND HASTEN TO MAKE THIS STATEMENT TO YOU…BY THE MANDATE OF THE ARMED FORCES AND THE PEOPLE OF THIS COUNTRY.

He spoke and spoke. Commending our people for the resilience during the war but stated that it was time to end it.

He set up a committee to negotiate with the Nigerian government. That committee was to be led by Chief Justice Mbanefo, Prof Eni Njoku, Chief Bassey and Chief Aguma . Bassey was from Cross River and Aguma, from Rivers.

He then set up a committee of eminent persons to ADVISE HIM on the issues that will arise. That committee had people from across the entire Eastern Nigeria, from the military and outside. There were Igbos, Efiks, Ijaws, etc. They were men of honor and substance.

I have taken the pains to present this preamble so that our people can compare and contrast between the scenarios we had and what we have now.

All we hear and see today are unilateral proclamations. No consultation with anybody. This young man simply wakes up and makes far reaching proclamations. In doing this, he is urged on mainly by a coterie of street urchins and a mob followership, most of whom were not born when we fought the first war.
The latest in this madness is the proclamation that Igbos will not vote in the 2019 elections, starting with Anambra this November. He didn’t ask the people of Anambra what they wanted. He just woke up and made an order and expects that Igbos are zombies. We shall see.

Education is very important. If this guy had the benefit a proper education, he would have known why indirect rule failed in Igboland but succeeded in other parts of the country. When indirect rule failed, the colonial leaders introduced the Warrant Chiefs who were Lords. The entire arrangement ended in a fiasco.
Igbos are by their nature, republicans and act after detailed analysis and wide spread consultations. No one can order the Igbo people around according to his own whims and caprices. Even if what you ask of them is right, the mere fact that you woke up to say it without asking them will make them resist it.
Igbos don’t have powerful kings and rulers. Igbos don’t by tradition prostrate before anybody. We act by a unity of purpose.

Tell me one decent and notable Igboman who is with this guy in this his movement.
Will he fight the war alone?

What does he think secession is? A cartoon film?

The original Biafra was not an Igbo thing entirely. While Igbos were in the majority, there were others too. Today, what we have is a purely designed Igbo agitation. This is not the Biafra that Ojukwu had in mind. The other people feel uncomfortable with it and have said no.

Finally, let me ask Kanu one question. If by his imperial order, Igbos refuse to vote in 2019, what of those Igbos who were elected in a state like Lagos?
Two Igbos are in the House of Reps representing two constituencies in Lagos State. One Igbo guy is in the Lagos State House of Assembly.
What becomes of them?

Those that know him should tell him to go and sleep over this his thing. He is a young man and should ask questions and consult his people before coming out to speak.

All through history, no single individual has spoken for the Igbos except the people ask him to, or he will be alone in the market place.

Finally, I will advise Kanu to go and read ACHEBE’s books, THINGS FALL APART AND ARROW OF GOD. They were written by Chinua Achebe, one of the finest Igbo brains who took active part in the war.
In those two books, the republican nature of the Igbo man were in full display. The emphasis we place on unity and consultation. All decisions must be collectively reached for it to have efficacy.

In THINGS FALL APART, when Okonkwo got too powerful and decided to run a one man show, he ended up committing suicide and his body was buried by strangers in the evil forest. The people abandoned him. It didn’t matter that he was the most popular and most powerful man in the land who had brought them honor severally.
Obierika, Okonkwo’s best friend who was a more deeper man said to the white man…THIS WAS THE GREATEST MAN IN UMUOFIA, YOU DROVE HIM TO KILL HIMSELF AND NOW, HE WILL BE BURIED LIKE A DOG.

IN ARROW OF GOD, Ezeulu misunderstood that the allegiance the people gave to him was by virtue of his office as the Priest of Ulu, their deity. When he became too powerful and started toying with the people, the people arose against both him and the deity. The rest was history. Even while he reigned as Ezeulu, he was constantly questioned and harassed by some men like the rambunctious Nwaka.

Please tell Nnamdi Kanu to cultivate the habit of reading.

Ururuaja writes from Umule, with one hand and his snuff box in the other.