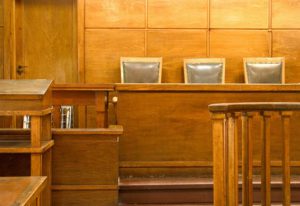 The brother and nephew of former United Nations Secretary General Ban Ki-moon thought they had a can’t-miss plan to sell an ailing skyscraper complex in Hanoi, Vietnam: pay $2.5 million in bribes to the head of a sovereign wealth fund in the Middle East to buy the complex, prosecutors said. Instead, their middleman stole the initial payment, and the three of them found themselves in the U.S. government’s cross-hairs. They were indicted Tuesday and charged with participating in an international bribery scheme. Ban Ki Sang, the 69-year-old brother of the former UN chief, and his son, Joo Hyun Bahn, 38, arranged to pay a $500,000 bribe upfront to the head of a Middle Eastern sovereign fund to buy the complex for $800 million, and another $2 million payment when the deal was closed, according to the indictment unsealed in Manhattan federal court. Malcolm Harris, 52, a blogger who lived in Brooklyn and Manhattan, boasted of connections to Middle Eastern royalty, authorities said. He allegedly blew the $500,000 on luxuries, including expensive restaurants and hotels and a penthouse apartment in Williamsburg, Brooklyn, according to the indictment. A fourth man, Sang Woo, 35, of Edgewater, New Jersey, was also charged, with conspiracy to violate the Foreign Corrupt Practices Act, the anti-bribery law. Lawyers for the four couldn’t immediately be contacted for comment. Bahn and Woo were arrested and were scheduled to appear in court on Tuesday, authorities said. Ban and Harris remain at large, authorities said. The skyscraper complex, known as Landmark 72, consists of two 48-storey residential towers and a 72-storey office tower that was the tallest in the region in 2012, when it was completed. It was built for about $1 billion by Keangnam Enterprises Ltd, a South Korean firm where Ban was a senior executive. In early 2013, the company struggled to make debt payments that were coming due and was looking for an investor or buyer who could ease the cash crunch, according to court records. Ban convinced the firm to hire his son to find an investor. Bahn, who also went by “Dennis,” was working for a New York commercial real estate broker at the time and stood to make a commission of at least $5 million, prosecutors said. Instead, the father-and-son team devised a scheme to bribe the unidentified Middle Eastern official through Harris, who held himself out as an insider who could use his influence to get the sovereign fund to buy the complex. Harris told Bahn to use the word “roses” for the bribe payment. Believing the bribe scheme would eventually work, Bahn allegedly created phony e-mails and other records to make it appear the deal with the sovereign wealth fund was coming together. It was ultimately forced into receivership, the indictment said.