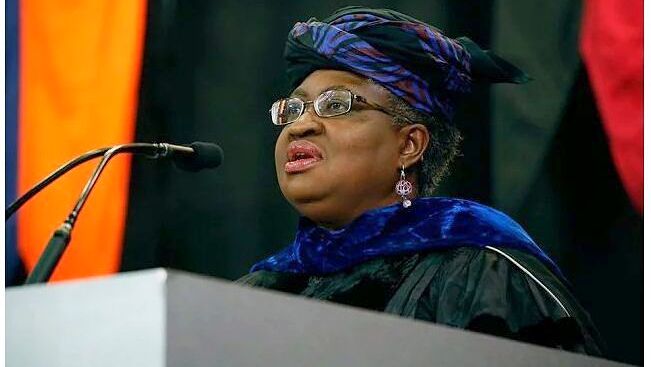 The African Union (AU) has disqualified Ngozi Okonjo-Iweala from contesting for the office of the Director-General of the World Trade Organisation (WTO) despite WTO accepting her nomination. The decision comes amidst protest from Egypt, advising AU to ignore her nomination by Nigeria.

Okonjo-Iweala was slotted in by Nigeria to replace the initial representative, Fedrick Agah, in June this year, but Egypt stated that nomination ended in November last year. The protest from Egypt was ignored by WTO, but AU has now disqualified Okonjo-Iweala.

According to a letter from AU, due to failure to agree on a single candidate in February 2020, to vie for the Director General’s position, the continent recognised Agah, Eloi Laourou and Abdulhameed Mamdouh, but Nigeria later replaced Agah with Okonjo-Iweala. AU stated that the period for nomination has passed, so her nomination will not be recognised.

Although, AU stated that countries have the right to submit representative for the position, but the right does not afford any country the right to change existing rules, relevant decisions of the Executive Council and decisions of the policy organs of the union. In the letter addressed to the permanent mission of the Republic of Nigeria, the decision by the country violates AU’s rules.

“It is a recognised principle of international law that a sovereign state has the right to substitute and replace a nomination of its citizens as it may wish for a position.

Normally, there is a process to be followed, one which was followed by Nigeria when Agah’s name was submitted, but the same procedure expired after nomination closed. According to AU, “All candidatures shall be submitted to the committee, through the AU commission (the political affairs department). The political affairs department should acknowledge receipt containing the date and the stamp of submission.

“Candidatures shall be submitted to the commission at least two (2) months prior to the sessions of the executive council, which shall consider them. The submission shall be accompanied by relevant information related to the submitted candidatures, including the nature of each post, date and place of elections.

“The condition on which candidate submission may be accepted after the deadline is when no other candidatures for the position have been submitted in the prescribed time; the submission of candidatures has been closed; and there are more vacancies reserved for Africa than the submissions received, among others”. It was stated.