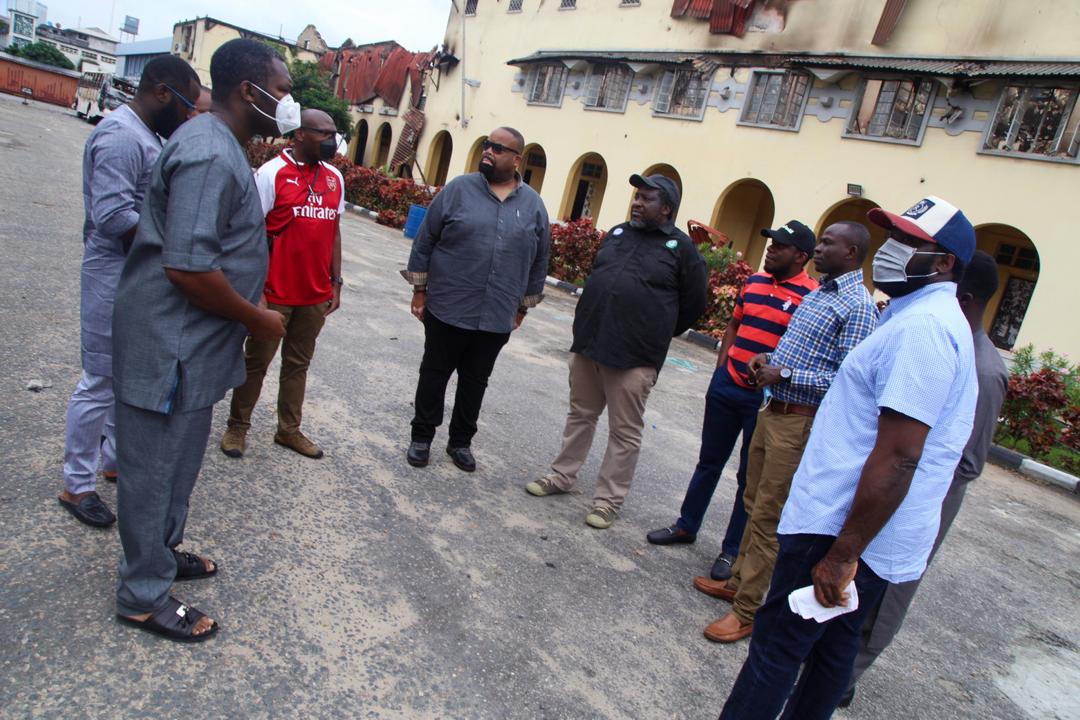 Following the attack on, and torching of the Lagos State High Court by hoodlums on 21/10/2020, the President of the Nigerian Bar Association, Mr. Olumide Akpata alongside the Chairman of NBA Lagos Branch, Yemi Akangbe, and many other lawyers visited the High Court Complex, Igbosere to conduct a physical inspection of the damage wrought by the attack.

During the inspection, the delegation also met with the Chief Judge of Lagos State, the Hon. Justice Kazeem Alogba and together, they ascertained the level of damages.

The NBA President was thereafter led by the Lagos Branch Chairman to inspect the City Hall building which housed the Secretariat of NBA Lagos Branch and different law offices.

While at the City Hall, the President met with victims of the Wednesday attack, particularly the proprietors of some of the law firms housed in the City Hall whose offices were looted and vandalised by the hoodlums.

During both visits, the NBA President commiserated with the Chief Judge of Lagos State and the lawyers whose offices were attacked and assured them of the Association’s co-operation and support in ameliorating the losses.

In the course of the inspection, the President said to the Chief Judge of Lagos State “My Lord, I am deeply pained by the monumental loss that this incident has caused us, the setback to our justice administration system and the livelihood of our lawyers who practice in this court. While we bemoan the losses, this incident presents us with an ample opportunity to overhaul our document filing and storage processes and fully digitize our courts. The NBA is fully committed to working with the Judiciary towards achieving this objective. We should not miss this opportunity”.